USA based Gakhal Brothers to sponsor Cash Prize of Rs. 5 lakhs to the champion team. 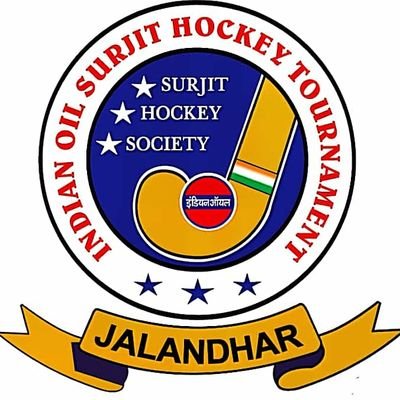 According to the Deputy Commissioner, Jalandhar Mr. Ghanshyam Thori, IAS, who is also the President of the Surjit Hockey Society that the tournament is organized every year by Society to keep the name of Sardar Surjit Singh Randhawa, ex-Olympian alive, who lost his life in a fatal car accident near Jalandhar on January 7th, 1984, while fighting hard for up-liftment of the National Game of Hockey in our Country.

Sandhu further said that year tournament will be played at Army AstroTurf Hockey Ground, Katoch Stadium, Jalandhar Cantonment as the work to replace the old astroturf at Surjit Hockey stadium is likely to be completed in month of November, Thori further informed that as in the past 30 years, this year also, the Asia's largest and leading Maharatna Oil Company IndianOil Corporation Limited will be the main sponsor of the tournament. USA based sports promoter & Gakhal Brothers Amolak Singh Gakhal, Palwinder Singh Gakhal and Iqbal Singh will gave a cash prize of Rs. 5.00 lakh to the champion team of the tournament like last year whereas the runner up team will be given a cash prize of Rs. 2.00 lakh by Sant Baba Tarminder Singh of Kahna Dhesia (jalandhaR). As in the past, the best player of the tournament will get Mohinder Singh Tut Memorial Award along with a cash prize of Rs. 51,000, sponsored by Ranbir Singh Rana Tut.

Iqbal Singh Sandhu, organising secretary of the tournament said that the 38th edition of the tournament would be played on league-cum-knockout basis. This year, all the 12 teams have been seeded directly into quarter finals league stage and are divided into 4 Pools with three teams each. The top 4 teams from each pool will qualify for the Semi-finals, scheduled to be held on October 30. No gate entry money will be charged from the spectators who will come to witness the game of hockey.