Mr. Sidhu said that Punjab Government has been preparing itself to cope up with any emergency arises 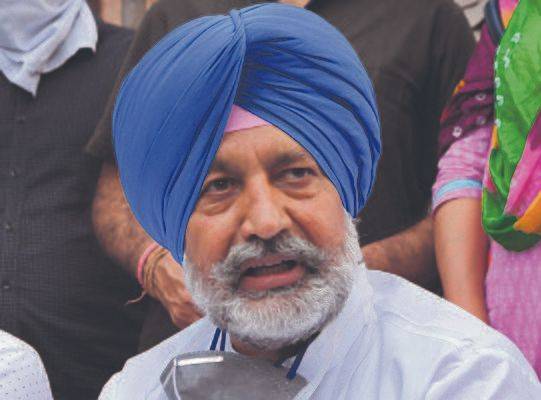 In a bid to administer the COVID vaccine to maximum people across the State, Captain Amarinder Singh led Punjab Government on Saturday launched the 'Mega Vaccination Drive' under which 5.5 lacs persons covered in a day and data is still being compiled.

Giving details in the press statement, the Health Minister Mr. Balbir Singh Sidhu said that the Punjab Government first time received the quantity of 6,84,240 doses of Covieshield and 61,100 of Covaxin in one installment on the late evening of July 1st. He said that after receiving the vaccines, the Punjab Government has made the road map of ‘Mega Vaccination Drive’ to cover a minimum of 5 lacs, persons, in one day.

Sharing the district-wise data of vaccination, Mr. Sidhu said that Ludhiana led all districts by administering 82667 vaccination to people which is followed by Hoshiarpur 77930 and Jalandhar covered more than 62000 persons.

Pointing out the disparity while supplying the vaccines among States, the Health Minister said that Punjab State has been receiving less supply of doses in comparison to the neighboring State like Haryana and Rajasthan where the vaccination drive is in full swing. However, Punjab is running short of vaccines for consecutively three days and due to disparity in supply, some of the Covid Vaccination Centres were remained closed adding that he divulged the vaccination coverage of Punjab came down to just 16,000-17,000 from 27th June to 2nd July and it is swiftly moved up to 5 lacs after getting sufficient quantity of doses.

Divulging about the supply of vaccines in last week, Health Minister said that Punjab Government received only 79,550 doses of Covishield on June 24, 79,540 doses on June 25, and 31,580 doses of Covaxin on June 29. The stock of Covishield remained almost nil from June 27 to July 1 which slow down the vaccination drive. The number of COVID vaccination has been decreased from 1,14,655 on June 22, to 17,704 on July 1  in the state.

Expressing concern over the third wave affecting lives of people, Mr. Sidhu said that Punjab Government has been preparing itself to cope up with any emergency arises, but less supply of vaccination from GoI is hitting hard to the immunization drive.

Principal Secretary Health Mr. Hussan Lal said that the spread of the delta plus virus among countries is a matter of concern for Punjab Government as studies revealed that a person administered with the two doses of vaccine experience fewer effects whereas a person with no immunization history tends to affect badly.

Experts from the medical fraternity opine that a second dose of vaccine fortifies people from dangerous variants, considering the spread of delta virus in Britain and European countries it becomes important to bring people in the ambit of vaccination he added.

Principal Secretary Health informed that 2 cases of delta variant surfaced in Patiala and Ludhiana district and properly recovered, if the situation becomes worsen in coming days it will put an extra burden on health facilities and the only way out is to vaccinate maximum people with COVID vaccine.