5G service to be rolled out in Odisha in first phase: Vaishnaw

High-speed 5G services will be rolled out in many parts of the country, including Odisha, very soon, Communications and IT Minister Ashwini Vaishnaw said on Thursday. Author : Rakesh Behal 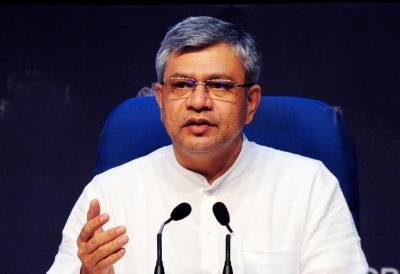 High-speed 5G services will be rolled out in many parts of the country, including Odisha, very soon, Communications and IT Minister Ashwini Vaishnaw said on Thursday.

Interacting with reporters in Puri, Vaishnaw said that Odisha will get 5G service in the very first phase.

Asked about any impact of the 5G radiation on human beings, he said: "The amount of radiation it will give forth is 10 times less than the radiation norms set by the World Health Organisation (WHO). So, no one should worry about it."

Earlier, Vaishnaw had asked the telecom service providers to be ready with the 5G launch post the issuance of spectrum allocation letters.

During his Independence Day address from the ramparts of the Red Fort, Prime Minister Narendra Modi had said that the 5G services will be launched in India soon.

Meanwhile, Vaishnaw, who is also the Railways Minister, has asked the railway officials to construct a foot over bridge (FOB) at Birapratappur near Chandanpur in Puri district.

During his visit to Birapratappur village, the villagers complained before Vaishnaw that school children are facing a lot of difficulties while crossing the railway tracks.

The entire village is divided by train lines. During festivals too, people were facing difficulties to pull the chariot of the village temple across the railway lines. Apart from this, the day-to-day activities of villagers were being hampered.

On this grievance by villagers, he on spot directed them to construct the FOB with ramp facility for the convenience of the villagers.