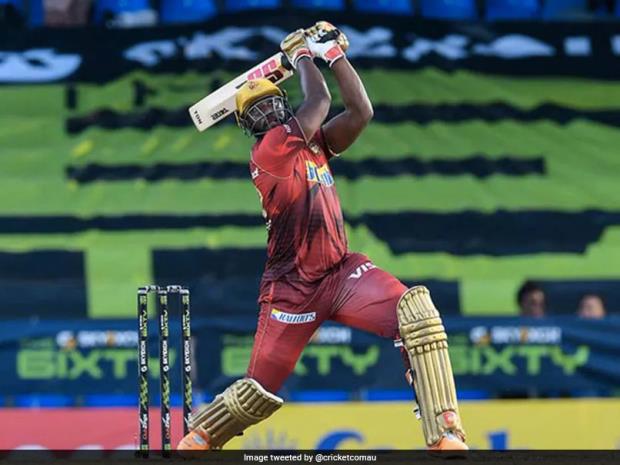 The Caribbean All-rounder Andre Russell has added another feat in his power full batting profile by smashing 6 sixes in a row in the ongoing 6ixty tournament.

Playing for the Trinbago Knight Riders, Russell scored a quickfire 24 balls 72 against St Kitts and Nevis Patriots. Invited to bat first the TKR left no stones unturned to post a big total on the board and restricted the opponent side to fall short of 3 runs in the nail-biting encounter.

In the 7th over which was bowled by Dominic Drakes, Russell smashed the first six on the third delivery and also sent the next three deliveries for the same result and brought up his half-century in just 17 balls.

In the 8th over, when Jon-Russ Jaggesar came to bowl, Russell showed no mercy to him and hit sixes on his first balls to complete his six sixes.

He then went on to hit a boundary on the third ball. St Kitts finally took a sigh of relief when Russell got caught by Duan Jansen on the last ball of the over.

TKR posted a tough total of 156 runs which received a fine response from the St Kits who failed three runs short of the target by scoring 152.

Russell was also the man of the moment in the second innings of the game when he clinched the wicket of Sherfane Rutherford who was on an absolute rampage with a quick 50 in just 15 balls.