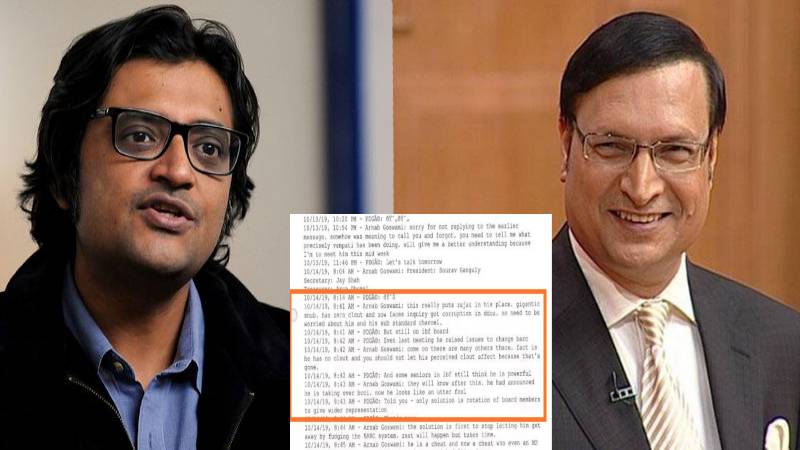 If the leaked chats turn out to be genuine, Arnab can be seen talking about his connections with the PMO and his involvement in manipulating TRP. Interestingly, the Mumbai Police had recently told the court that they have proofs in the form of WhatsApp chats which says that Arnab is involved in manipulating TRPs.

Although the source of leaked WhatsApp chats have not been revealed yet, making it less credible to believe, still one of the chats show that Arnab called Aap Ki Adalat fame journalist Rajat Sharma a 'fool'.

The chat shows Arnab saying, "This really puts Rajat in his place, gigantic snub. Has zero clout and now faces inquiry got corruption in DDCA. No need to be worried about him and his sub-standard channel."

The Partho replies, "But still on IBF board, Even last meeting he raised issues to change BARC."

Arnab replied, "Come on there are many others there. The fact is he has no clout and you should not let his perceived clout affect because that's gone."

Partho replies, "And some seniors in IBF still thin he is powerful."

Arnab says, "They will know after this, he had announced he is taking over BCCI. Now he looks like an utter fool.

Arnab and Partho were allegedly talking over the decision of Sourav Ganguly becoming BCCI President and Jay Shah as BCCI Secretary.