Aamir Khan all set to get married the third time; to tie the knot with his past co-star

ocial media is abuzz with a rather bizarre update about Aamir Khan's third marriage. 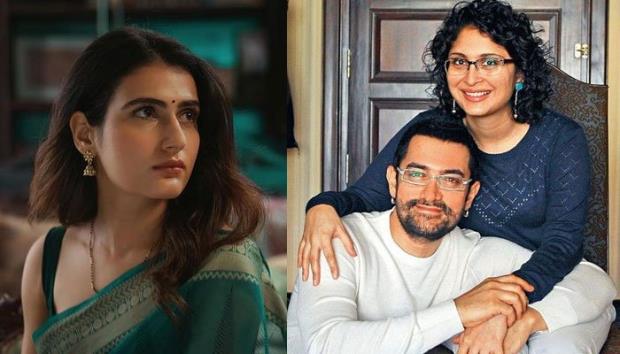 Earlier in August this year, Aamir Khan sent shockwaves within the industry when he announced that he and his wife Kiran Rao are getting a divorce. Kiran is a filmmaker herself and Aamir’s second wife. The two got married in December 2005. The two looked perfect together and also indulged in PDA on many occasions, and therefore the news of their separation was nothing less than a big shock. The two are also blessed with a son Azad and Kiran is very close to Ira and Junaid, Aamir’s kids from first wife Reena Dutta.

However, while many have moved on from this news, and fans are eagerly waiting for Aamir’s film with Kareena Kapoor Khan, Laal Singh Chaddha, there is new banter across social media about his third marriage. Netizens are busy discussing not just Aamir Khan’s third marriage but also details about when he will make the announcement and with whom will he exchange his ‘I Dos’ this time.

According to the banter on social media, Aamir will announce his decision to get married right after Laal Singh Chaddha. This is to avoid taking any attention away from the film and not let any controversy or criticism come in the way of the film’s run at the box office. Not just this, there are also predictions that Aamir will get married to one of his co-stars from his earlier films. An article naming the co-star went viral recently which just added fuel to the fire of these rumors.

It can be recalled, that a day after Aamir and Kiran announced their separation, the name of the Perfectionist Khan’s Dangal co-star Fatima Sana Shaikh had started trending on social media. Fans were speculating that she is the one because of whom Aamir has decided to end his marriage with Kiran. However, the rumors died a natural death. For the unversed, Fatima and Aamir are very close. When Aamir is fond of her as a professional, she considers him as her mentor. The two have worked together in Dangal and later in Thugs Of Hindostan.

It is very common for fans to romantically link up two people working together however, from what we have seen of Aamir Khan, just like he came out in the open and announced his divorce from Kiran Rao, he will do the same when he does plan to get married again and also reveal who the woman is, himself. Till then, we would request netizens who are so interested to see single people get married, to look forward to the many shaadis coming up in Bollywood.