Aamir Khan's films have been loaded with political messaging during the last two decades. Whether it was in Fanna, where he glorified terrorism, or in PK, where a naive alien specimen arrives in India, rapidly learns the ropes of the Hindu-Muslim division. 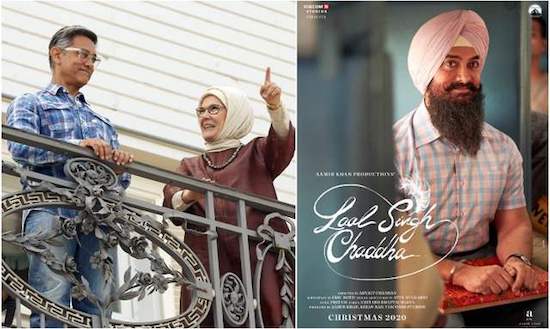 “My mother used to tell me that life was like a box of chocolates, It's impossible to predict what you'll get.” In the case of the official remake of Forrest Gump, renamed ‘Laal Singh Chaddha' and starring Aamir Khan, we know exactly what we are getting: a box full of liberal propaganda, carefully packaged with candies of Hindu hatred and vilification of the current 'oppressive’ and ‘fascist’ Hindu nationalist regime.

On July 6, 1994, Forrest Gump was released, telling the lovable narrative of a dim-witted simpleton and his journey through life. While the film won multiple Oscars and became a global phenomenon at the time, it would not have been able to reach the same heights in today's politically heated society, when Social Justice Warriors (SJW) reign supreme and cancel anything and cancel anything that is remotely conservative.

And Forrest Gump was a firm believer in traditional values. Forrest Gump, played by Tom Hanks, was born and raised in the red state of Alabama. He was a god-fearing family man, an all-American football player, and a war hero who had no use for the rapidly growing counterculture movement in America at the time, which has now transformed into ‘Cancel culture' in the modern context.
Also Read: Are Kim Sharma and Leander Paes dating? Goa vacation PHOTOS drop major hint

He falls in love with Jenny, a liberal thinker, and abandons Gump to become a hippy, joining anti-war activities and hanging out with the Black Panthers while sniffing drugs and psychedelics of all types. Eventually, he considers suicide and dies of an unknown disease.

In 2009, the National Review named ‘Forrest Gump' fourth among the top 25 conservative films of the previous 25 years. As a result, the film continues to polarise audiences more than ever. However, the article's segue is Laal Singh Chaddha and how it can turn out to be a flop if Aamir Khan tries to mess with the film's idea, which was the heart and soul of Tom Hanks' film.

Imagine a woke Forrest Gump ? At the box office, the film would have been a flop. However, with Aamir Khan on board, the film is already shaping up to be a disaster. For the protagonist, he has chosen a Sardar. A Sardar is characterised in Bollywood as the loveable yet oblivious simpletons. He could have chosen anyone from the minority population and his own religion,  but his head would have been on the spike in no time and so he settled with a Sardar.

Second, Aamir Khan's films have been loaded with political messaging during the last two decades. Whether it was in Fanna, where he glorified terrorism, or in PK, where a naive alien specimen arrives in India, rapidly learns the ropes of the Hindu-Muslim division, and begins disparaging the former, he did so with ease. Add to that his appearances on television, with Satyamev Jayate stealing the show. The presentation was a jumble of mind-numbing concepts and convoluted issues, with Aamir's vendetta serving as the only driver once again.

A simple glance at the crew of Laal Singh Chaddha is enough to confirm our worst fears. According to IMDb, the film's writer is Atul Kulkarni, who is working on a writing project for the first time. Kulkarni earlier worked with Aamir in Rang De Basanti and also acted in Hey Ram and Page 3, two long-forgotten films.

Kulkarni, like the film's star actor, is better renowned for his social media activism than his acting. A quick look at his Twitter account reveals his political leanings, and it can be said with absolute certainty that the film will be loaded with obnoxious left-liberal beliefs.

Advait Chandan, who previously helmed Secret Superstar, is the director. A film that celebrates the life of the woman who wears the hijab and how it becomes a crucial story component in the protagonist's success. So, what could possibly go wrong in this situation?

When a simpleton like Laal Singh Chaddha witnesses a lynching, he goes about inquiring about it with his innocent demeanour and learns that Hindus are bad and Muslims are good, and thus, like Forrest Gump, goes on a three-year marathon across the country demanding that the current government be removed from power. 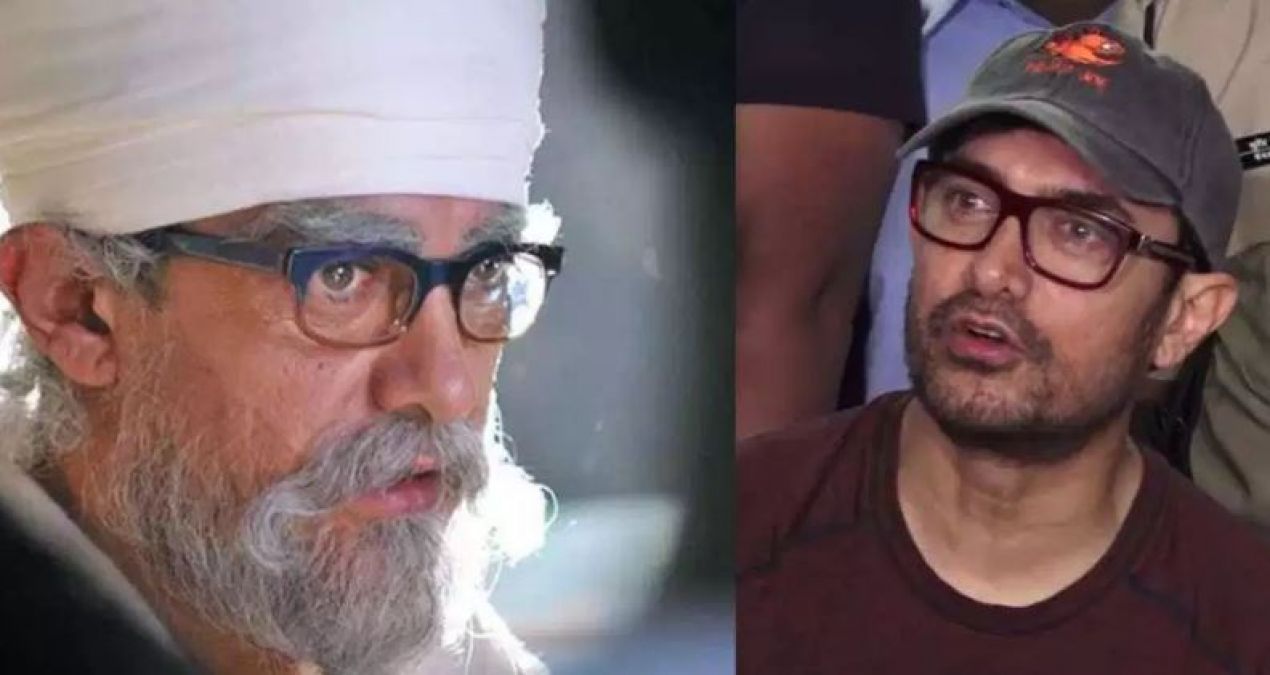 Aman ki Asha—the country's left-liberals' money laundering strategy to drain funds and later humanise Pakistan—could easily become a story point in the film, and there's a reason for it. Aamir Khan met Turkish President and Madmen Recep Tayyip Erdogan's wife while filming Laal Singh Chaddha in Turkey and had a long conversation with her.

Turkey and Pakistan are as close as thieves and have sought to interfere in India's internal affairs on several times, with Erdogan constantly raising the issue of the abrogation of Article 370 in the UN Security Council and Imran Khan following suit. Aamir and his now-divorced wife, Kiran Rao, already fear for their safety and that of their children in India, blaming intolerance.Thus in the film, Pakistan appears to be the idealistic, idealistic world to humanise.

Then there are the SJWs of the land, activists in the fat positivity movement who believe that movies are a chariot for social change. No, movies are about escaping the world's whims and cruelties.

There's a reason Forrest Gump became so popular. It imagined a utopian world in which a man with no strength and a meagre IQ of 75 might muscle his way through life and succeed. We cheered for him, the audience identified with him, we understood his intentions, and we rallied behind him. It felt like we, the audience, had finally made it when Gump found success in his shrimp business.

It felt like we, the audience, had finally made it when Gump found success in his shrimp company. Jenny was hated by us simply because she utilised Gump and the rest of the cast to promote her political beliefs. 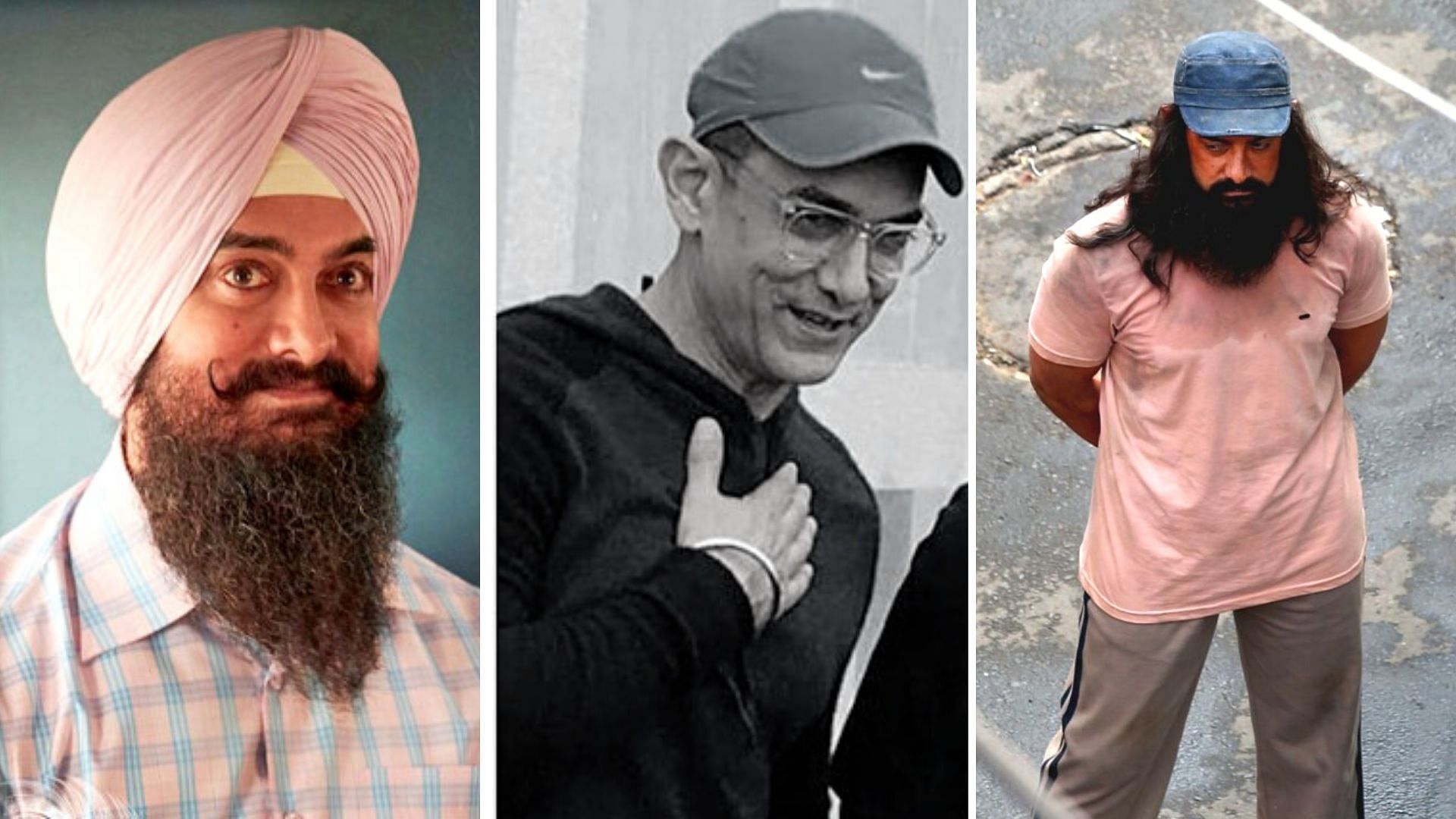 Imagine creating a figure to whom moviegoers remain emotionally committed. Forrest Gump was sincere, the script was lighthearted, and there was no agenda, yet liberals have turned it into another topic of discussion. Also Read: ‘Women, boobs and bras’: Marathi actress Hemangi kavi shares how women struggles in society

Hollywood and Bollywood, both are on a dangerous slippery slope of wokeism. While Hollywood wokes want Tolkien's Lord of the Rings to be more diverse by promoting "LGBTQ sequences," despite the fact that Tolkien was a devout Catholic who would never support it and that the books include no such scenes, a similar trend is being aped in Bollywood.

Aamir Khan's ego-project Laal Singh Chaddha is to burn a great Hollywood film to the ground in order to push his cause. Khan, with his incoherent, obnoxious, muddled, and unimaginative ideas, has embarked on a vendetta-fueled campaign, and we, the audience, can't wait to give it the cold shoulder.