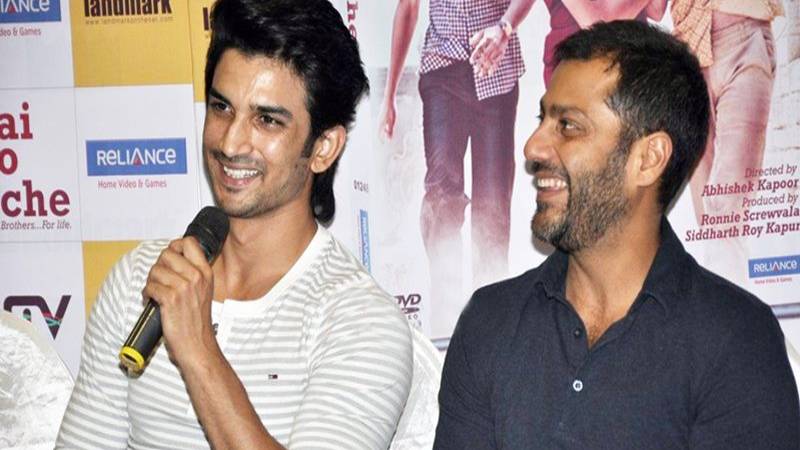 Directed by Abhishek Kapoor, the film 'Kai Po Che!' Is one of the finest films in the Indian film industry. Bollywood late actor Sushant Singh Rajput made his Bollywood debut with this film. Along with entertainment, this film also serves to show the right direction to the youth. This film teaches the youth to be aware on relevant issues of society.

Abhishek on Twitter wrote, "The thrill of starting this journey with a new team hungry 2 give their best at the dawn of their careers stands most vividly in mind..One cant quantify the love our film continues to receive over the years, neither can we quantify the pain we feel at the  loss of our crown jewel."

In an interview with TOI, Abhishek also talked about the death of Sushant Singh Rajput. He said, "He was definitely a different person. You get moulded as you trudge along the business. But he brought so much to both the parts that in hindsight, I cannot even begin to imagine anyone else essaying the roles. He was an intense actor and used to research his roles well enough to know the characters like the back of his hand."

"I really miss him (Sushant Singh Rajput) and every time I realise I can’t reach him anymore, it leaves me disturbed," added emotional Abhishek.

Abhishek hadn’t watched any of Sushant’s work before casting him for Kai Po Che. The film-maker said, "I’d never seen any of Sushant’s previous works before casting him. Back then, the industry wasn’t very accepting of television actors. But post Rock On!!, people had faith in me and I just went for it As for the efforts, there wasn’t any out-of-the-ordinary effort involved when it came to moulding Sushant. He was just fabulous right from the start and from the first day itself I knew we’re going to fly together. It was a scene where he teaches the students about knocking the bat and I could gauge from his body language that he had just sunk his teeth into this character."

Based on author Chetan Bhagat's 2008 novel The 3 Mistakes of My Life, the film garnered acclaim for its performances by the three leads, Amit Trivedi's music, and sensitive handling of the story by Kapoor.