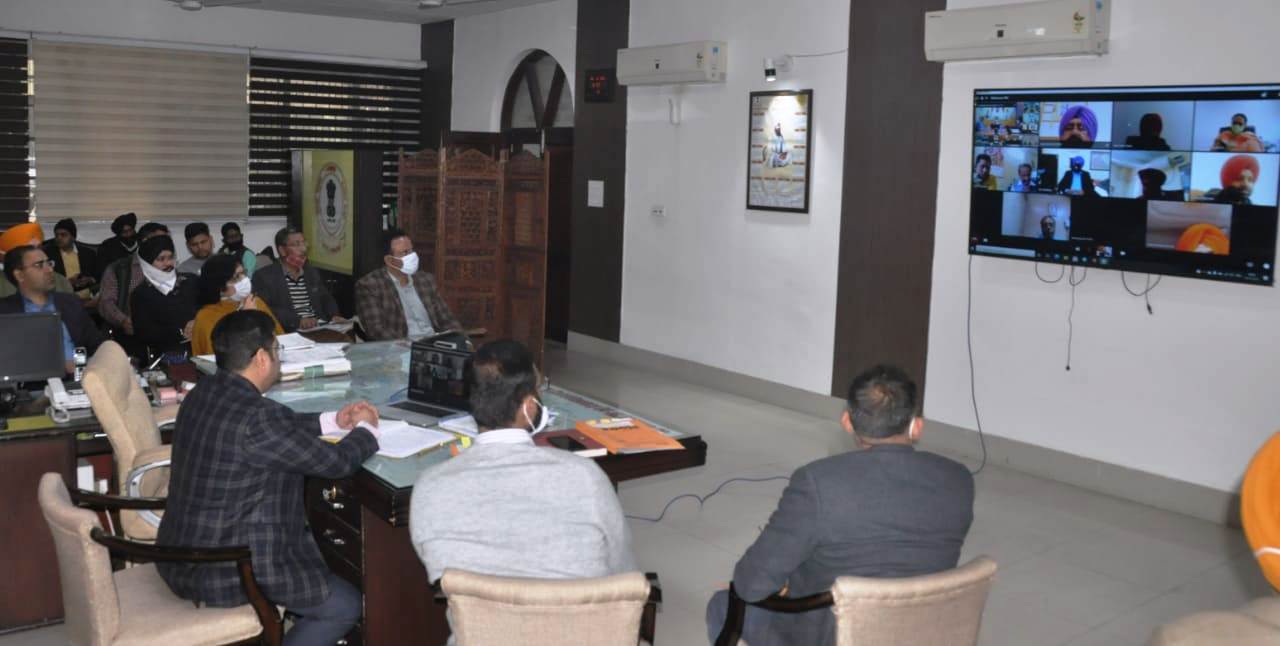 Presiding over a meeting with several departments in the administrative complex, Additional Deputy Commissioner Vishesh Sarangal said that presently district Jalandhar was ranked 7th in terms of E-cards generation and more efforts needs to be made to scale up the current ranking.

Divulging more, he said that with 63.43 percent of beneficiary coverage, the E-cards have been issued to 166573 families out of total 262609 eligible families. He further added that the remaining families to be benefited at war footing to achieve the goal of hundred percent coverage.

He said that soon mobile Vans to be launched in to start awareness campaign in the district. He said that this will prove vital in sensitization of the masses and will help to increase the spped of the e-card generation.

The ADC said that already Common Service Centres (CSCs) and Vidal Company are on the job for the card generation and now the people can also enrol themselves in Suwidha Centre.

Sarangal directed the officials from Food, Civil and Supply, Mandi Board, Excise, Labour, rural development and panchayat departments to ensure the targets can be achieved at the earliest by holding maximum camps in the district as presently there are more than 50 camps taking place at various locations every day.

He called upon people to carry their Aadhar cards while visiting these camps especially the healthcare establishments to take the benefit of on-spot enrolment and E-card generation facilities.

The additional deputy commissioner said that people can seek cashless treatment up to Rs. Five lakh under the scheme. Further, he mentioned that the list of empanelled hospitals and eligibility of the beneficiaries can be viewed at sha.punjab.gov.in

The scheme offers 1579 packages to the beneficiaries including 180 packages reserved for public hospitals of which 25 packages were referable to private hospitals, said the ADC.

He added that the Punjab Government has appointed Vidal Health Insurance TPA to carry out enrollment and E-card generation tasks. The company was holding mobile camps at various locations in the district.

The company has also set up exclusive camps for J-form holder farmers at the premises of market committees across the district, he mentioned.

The additional deputy commissioner also directed all the officials to work in a coordinated manner to make this scheme a mega success in the district.