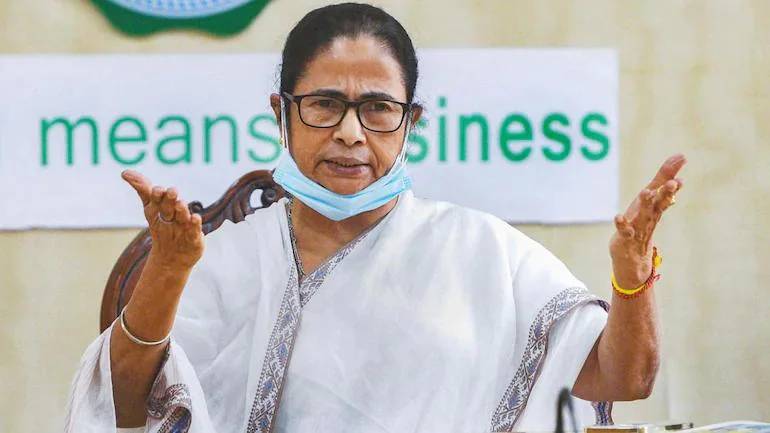 After pulling a marvellous victory against the BJP, Bengal’s soon-to-be three-time Chief Minister Mamata Banerjee today said that the party which rules at the centre is “not shahenshah” and the people of Bengal have shown them their place.

"The people have stopped the ruination... the spine is straight," added the Chief Minister, who ahead of the election had repeatedly told people that the BJP will use money power to buy their votes.

"Take their money but vote as you please," she had declared in rally after rally.

The 63-year old veteran leader who battled through against the might of the BJP’s money power and star campaigners has termed her victory as the “victory of democracy”.

"Bengal has saved India. This is a victory of democracy. They said they would win 200-plus seats but they have been decimated. Bengal has decimated BJP's ego," Mamata Banerjee had said.

BJP, which has invested heavily in bringing the state under its control, has been shocked to the teeth with the results of the Bengal elections.

In a short, angry Facebook post, party MP Babul Supriyo -- who contested from Kolkata -- said Bengal's voters have made a "historic mistake”.

"Neither will I congratulate Mamata Banerjee... nor do I wish to say I 'respect' the people's verdict... sincerely think people of Bengal made a historic mistake by not giving BJP a chance... by electing this corrupt, incapable, dishonest government and a cruel lady back to power," read his Facebook post, which he deleted later.

Prime Minister Modi and Home Minister Shah had held a number of rallies in the state, sent their congratulatory tweets late last evening, long after his cabinet ministers Rajnath Singh and Nirmala Sitharaman.

Ms Banerjee said that he had not called her. "This is the first time a prime minister did not call," she said.