After change of guard in Punjab, race for new DGP begins

Punjab DGP Dinkar Gupta could be replaced by S. Chattopadhyaya. 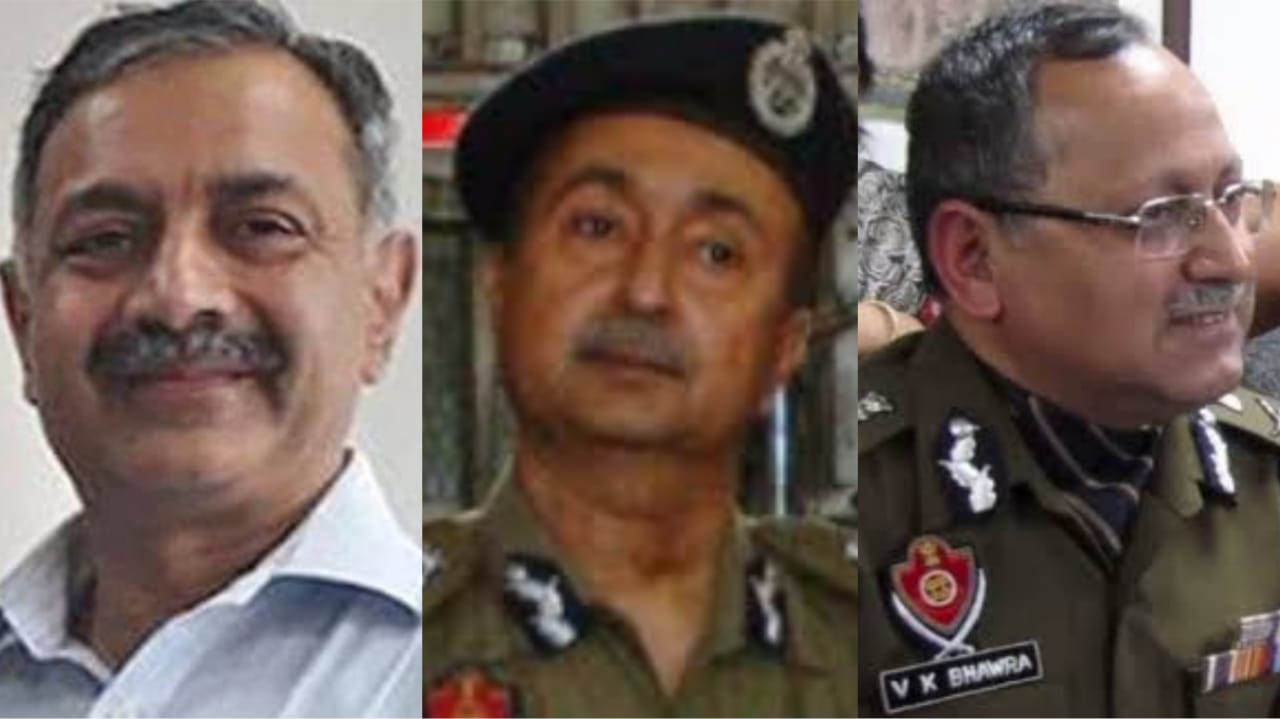 As the new Chief Minister of Punjab, Charanjit Singh Channi along with his two deputy CMs took oath on Monday at around 11 am, the race for the post of Punjab Director General of Police has begun. Reportedly, with the change of guard in the state, DGP Dinkar Gupta could be replaced.

Notably, present Punjab DGP Dinkar Gupta and Punjab PCC chief Navjot Singh Sidhu and his allies have never been on good terms. A close aide of Sidhu and now, one of the Deputy Chief Ministers of the state, Sukhjinder Singh Randhawa had appealed for the removal of DGP Gupta multiple times and kept targeting the latter on various occasions.

Sources familiar with the situation claim that race among the IPS officers has started and S. Chattopadhyaya is one of the main names in the discussion. Reportedly, Chattopadhyaya, a 1986-batch officer is the senior of DGP Dinkar and had also been in the race earlier. However, he was shunned out by Capt Amarinder Singh, and Dinkar Gupta was appointed as DGP to which Chattopadhyaya opposed aggressively.

Even though Chattopadhyaya is scheduled to be retired in less than six months, dated 31-3-2022, he is the first choice of Sidhu and his camp for DGP’s post. Also, he has played a major role in the SIT’s devised to counter the drug menace in the state.

Sources claim that if Chattopadhyaya is made Punjab DGP, he holds the capacity to fulfill Sidhu’s promises of bringing the Badal family to justice in sacrilege cases and other issues.

Interestingly, the Punjab government can not appoint new DGP directly and has to present three names. According to the procedure, the state government has to send the Union Public Service Commission (UPSC) the names of the probables. Following this, UPSC will prepare a panel of three officers fit to be DGP and send it back. The state government shall “immediately” appoint one of the persons shortlisted by the UPSC.

Besides, Chattopadhyaya, M.K Tiwari and V.K Bharwa- both 1987-batch officers- are the other two names likely to be nominated for the post.

Mr Tiwari posted as Chairman-cum-MD, PPHC at SAS Nagar is scheduled to retire in less than six months on February 28th, 2022, while Mr Bharwa (posted as DGP Punjab Home Guards and dir., civil defence, chg.) has plenty of time left in his service. He is set to be relieved on 31st May 2024.

Punjab is witnessing major security issues and terror threats as tiffin bombs along with other explosives and weapons are discovered. Guns, rifles, other deadly weapons along with the huge amount of drugs is being smuggled inside the state from across the border, constantly.

In the midst of terror threats, it would be hard for the new DGP to fill in Mr Dinkar Gupta’s shoes as he’s been serving the state for over three years along with additional experience in several investigative teams.

Meanwhile, the 2022 Punjab Assembly Elections are nearing and maintaining law and order during this period would be one of the main challenges for the new Punjab DGP.