Punjab, along with other states such as Uttar Pradesh, Uttarakhand, Goa and Manipur will have assembly elections next year. 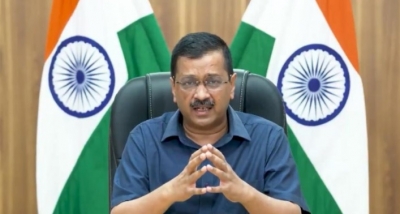 Wheel of politics turn in Punjab as political parties rush to woo Hindu voters ahead of Punjab polls next year. The election is crucial for the Congress party since Punjab is one of its few remaining strongholds.

Opposition parties were going all out, a month ago to woo the electorally influential Dalit community by promising a Dalit chief minister for the state. Dalits make up about 32% of the vote bank. After the upper caste general category (Jats 21% and Brahmins and Banias 12%), they are the second most significant voter segment.

However, the ruling Congress dashed their hopes by replacing Captain Amarinder Singh and making Dalit leader Charanjit Singh Channi the CM of Punjab.

After this key move by Congress, the wheels of politics have turned towards Hindu voters. Punjab has a Hindu vote bank of 38.49 per cent.

After the Congress and Akali Dal, the Aam Aadmi Party has now joined the fray. In the temples, Sukhbir Badal and Navjot Sidhu bowed their heads earlier. Arvind Kejriwal, the chief of the Aam Aadmi Party in Delhi is now visiting the Shri Devi Talab temple in Jalandhar to offer his obeisance.

Sukhbir Badal, the SAD chief was the first to visit Chintpurni Mata Temple in Himachal Pradesh. After that, he went to Jalandhar's Shri Devi Talab Temple.

Congress' Navjot Sidhu, on the other hand, visited Maa Vaishno Devi temple. He had previously observed Navratri at home and posted pictures of it on social media.

AAP’s Kejriwal is on a two-day visit to Punjab and will pay his obeisance at Shri Devi Talab temple in Jalandhar.

Meanwhile, Captain Amarinder’s dismissal from power will have a significant effect on the Hindu vote bank, as during his regime the community felt safe. Hindu’s in the state believed that in the rule of Amarinder Singh there would be no incidents of communal violence. If Capt launches his own party, which he asserted to, this significant number of voters will definitely move.

Sidhu-Channi vs Sukhbir Badal vs Kejriwal

However, as Capt has not technically quit Congress and there are no recent updates on the issue, we can consider the chances of his new party to be nil. This means in the 2022 Punjab Assembly elections the main contenders will be ruling Congress led by the duo of CM Channi and Navjot Sindhu; Shiromani Akali Dal (SAD) led by Sukhbir Singh Badal; and Aam Aadmi Party under the leadership of its national convenor Delhi CM Arvind Kejriwal.

After naming Dalit leader Channi as CM, Congress expected to take a leap however the situation seems unfavourable. Several leaders of the Dalit community showed displeasure on Congress’ move and called it “an election stunt.”

The Congress crisis worsened as Sidhu resigned from his post of Punjab party head just days after the appointment of CM Channi’s cabinet. He alleged the appointment of tainted officials in administration and demanded removal of the said. The issue remains lingering to date.

BJP lost its chances in Punjab on the day it passed three controversial agricultural laws. It’s been around a year that farmers are protesting at the gates of the national capital Delhi demanding these ‘black laws’ to be repealed.

The Center ruled by BJP, on the other hand, lend no ear to farmers issues. Over 600 farmers have lost their lives during the protest.

Meanwhile, as many as four protesting farmers were allegedly killed as a vehicle owned by a BJP leader ploughed them in Lakhimpur Kheri, Uttar Pradesh. A similar incident happed in Haryana.

The recent development where farmers have been the target indicates there are little to no chances for BJP in Punjab.