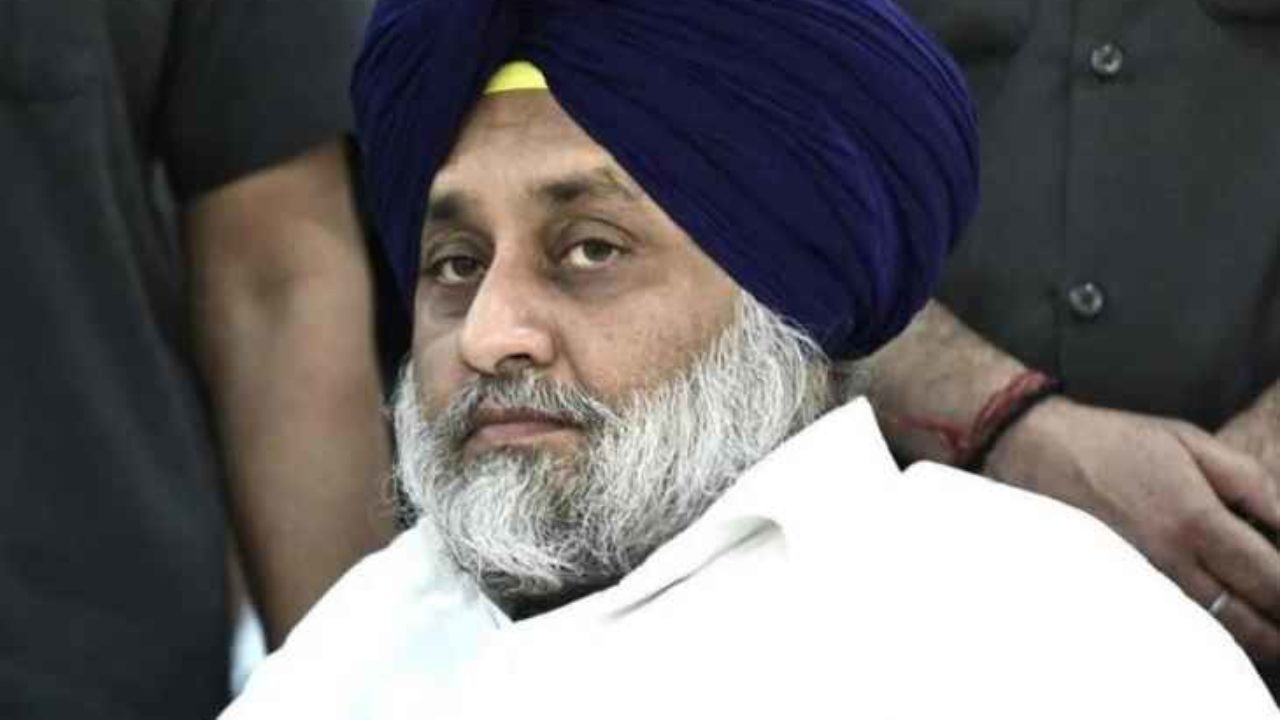 The party chief today criticised Navjot Singh Sidhu over his hunger strike and said, "Sidhu is just an attention seeker. His hunger strike to get Ashish Mishra arrested, was a comedy show that started after dinner and ended before breakfast. He doesn't know the difference between appearing before the police and getting arrested."

SAD leader and party president's wife Harsimrat Kaur Badal meanwhile visited the families of farmers slain in Lakhimpur Kheri violence on Friday. PPCC chief Navjot Singh Sidhu was also among the Punjab politicians who fiercely protested against the UP government and police’s inaction on the incident and demanded justice.

On Sunday, an SUV ploughed into a crowd of farmers peacefully protesting in Uttar Pradesh’s Lakhimpur Kheri. At least four farmers and a journalist were allegedly killed during the incident.

Farmer’s claim the said vehicle was driven by Union Minister of State Ajay Mishra Teni’s son, Ashish. After the car hit farmers, violence broke out and vehicles were set ablaze.

As many as eight people were killed in the violence, according to reports.