Parents were healed after a few days of therapy, but the girl continued to act inappropriately 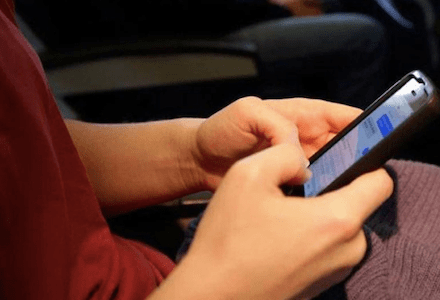 Ahmedabad: Children began spending more time on mobile during the Corona period as a result of online classes, and the risk of mobile misuse grew considerably as a result. In Gujarat, a 15-year-old girl was given a phone for online education by her family, but she snapped her nude photos from the phone and began sharing them on social media. When the girl's parents learned about this, they suffered a heart attack.
Also Read: Touching child’s cheeks without sexual intent doesn't account as offence: Bombay HC
The child, according to the report, not only used to post her nude pics online, but she also encouraged her cousins to do likewise. Her parents were disturbed by her daughter's antics and phoned the 181 hotline for assistance. The family told the helpline counsellor that they had provided their daughter a cell phone for the online class and had set up a separate area for her to study in peace.
Also Read: 17 yr Old Mumbai Girl Forced To Strip Over Video Call by Sextortionist, Threatened To Make VIDEO Viral
Parents said that their daughter began photographing her intimate parts and published them on social media. She also requested that her cousins follow her on social media and upload similar photographs. The parents learned about their daughter's crimes via relatives, and they had a heart attack as a result. Both were healed after a few days of therapy, but the girl continued to act inappropriately. Following that, the parents sought assistance from the helpline.
The girl was contacted by the helpline counsellors, who informed her that she was involved in cybercrime. After that, the girl vowed that she would only use her phone in front of her parents from now on. The girl also deactivated her social media account after speaking with the counsellors. The child stated that she will only use her phone if she is required to attend an online class. Aside from that, she won't even touch the phone.