AIIMS chief answers how third wave of pandemic can be prevented

In the ICMR’s Covid serosurvey general seroprevalence was 67.6%. 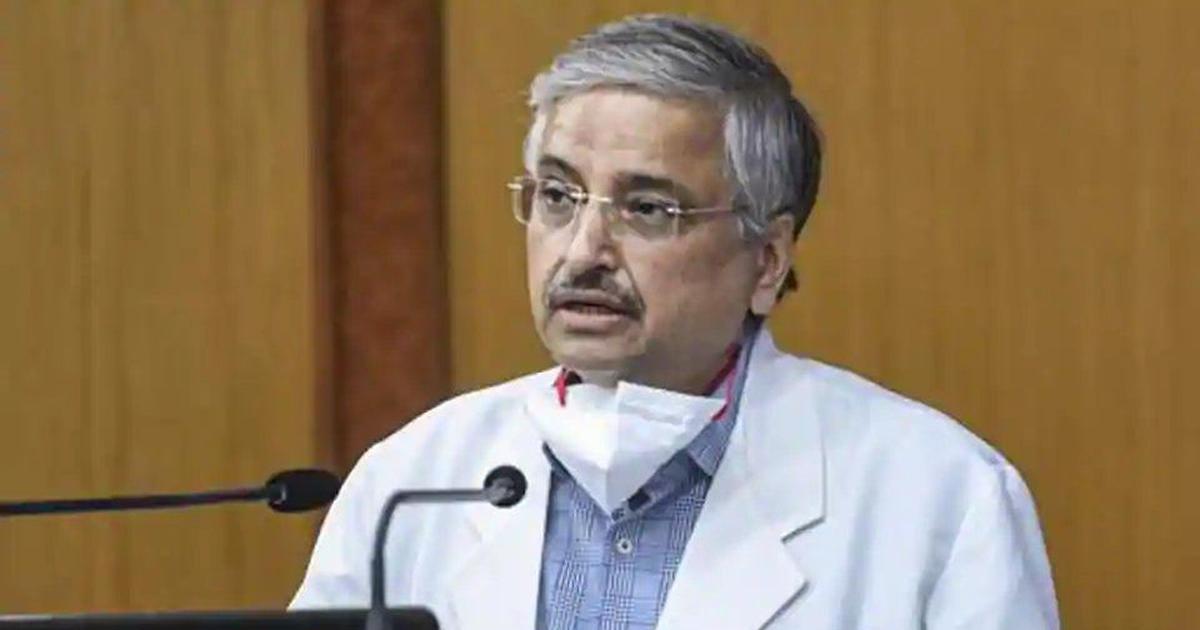 With the lingering fear of the predicted third wave in the country, AIIMS Director Randeep Guleria on Friday stated that the next wave can be delayed and be flattened if for the next few months people avoid crowded places, non-essential travel and follow Covid-appropriate behaviour. Suggesting what people should do to avoid the approaching danger, Dr Guleria said, “For the next few months, until a larger part of our population gets vaccinated (against Covid-19), we should avoid crowd, non-essential travel and maintain Covid-appropriate behaviour. With this, I think we can delay and also flatten the third wave.”

Speaking to the media, Dr Guleria further said that it cannot be said now how the virus will turn out to be but it will not mutate in the coming month, referring to the fourth national serosurvey that was conducted by ICMR which stated that there is a “reasonably” amount of immunity developed in the population.

“We can not predict how the virus will behave but it seems that the virus will not mutate so dramatically in the coming months. As per the serosurvey, there is a reasonably good amount of immunity in the population,” said AIIMS chief.

The central government recently said that a serosurvey has established that two-third of the Indian population ageing above six years has antibodies for Coronavirus. However, he emphasised that about 40 crore people in the country are still susceptible to the virus and there is no space for ignorance.

In the ICMR’s Covid serosurvey general seroprevalence was 67.6%.

Also Read: AIIMS chief lists out how 3rd wave of Covid might be bigger than the second one

The fourth national serosurvey was conducted in the last week of June and the week of July this year. Dr Balram Bharghava - the director-general of ICMR had released the survey data on July 20.

For the age group of 6-9 years the seroprevalence was 57.2%, in the age group of 10-17 years was 61.6%, in 18-44 years was 66.7%, in 45-60 years was 77.6% and for above 60 years it was around 76.7%, informed the government. The increase in the spread of the second wave of the pandemic was accredited to the delta variant of the virus and the vaccination coverage. The government further said that around 85% of the healthcare workers taking part in the fourth round of the vaccination were found to have antibodies against SARS-CoV-2, while one-tenth of HCWs were still unvaccinated.

The survey stated that those people who are fully vaccinated with two shots have more antibodies than those who had received one dose or those who are not vaccinated.

With the relaxation of Covid norms and reopening of state borders, tourists have started crowding hill stations and seen flouting covid rules. Experts and the health ministry have shown grave concerns and warned that if this crowding and gathering continues a third wave will arrive sooner and may cause more destruction than the second one.