HBD Aishwarya Rai Bachchan: Actress on raising Aaradhya- ‘does not have an army of help’

Aishwarya Rai previously disclosed that she only had one nanny to help her with Aaradhya, and that she did it of her own choice. 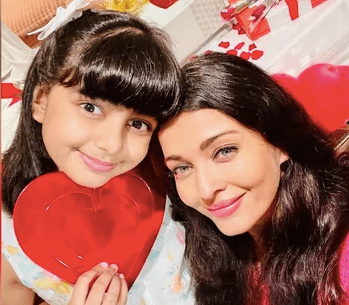 Aishwarya Rai has previously stated that she is a hands-on mother to Aaradhya. She acknowledged that there is a sense that celebrities must have a "army of help" at their disposal, but she stated that she has chosen to do otherwise.
Also Read: Rekha’s Open Letter to Aishwarya Rai Bachchan: ‘With Love, Rekha Ma’
On the occasion of Aishwarya Rai's 48th birthday, we relive her 2018 interview with Vogue India. "I choose to spend all of my time with Aaradhya and have only one nanny." I've seen comments that say things like, 'Ah, she must have an army of help,' and although I appreciate the sentiment, I like to live my life this way, which means I'm constantly busy. "I admire homemakers for their tireless efforts," she remarked.
Also Read: Amy Jackson’s forever favourite is Aishwarya Rai, calls her 'The Queen'

"I'm a big believer in the state of mind, and that's the way to keep your head above a high level of water every day," Aishwarya said of teaching her daughter the significance of maintaining an optimistic perspective. That's something I'm teaching Aaradhya: B-positive isn't simply a blood type, and that life is a learning experience. "Live in the now because you'll have to live with what you've experienced."
In 2011, Aishwarya Rai Bachchan and her husband Abhishek Bachchan had their first child, Aaradhya. She took a five-year break from acting to devote herself to motherhood and family. In 2015, she made a comeback with Jazbaa.
Aishwarya Rai Bachchan has starred in films like as Sarabjit, Ae Dil Hai Mushkil, and Fanney Khan since then. She is now preparing for the release of Mani Ratnam's Ponniyin Selvan. According to reports, the picture will be split into two parts, the first of which will be released next summer.
Vikram, Karthi, Prakash Raj, Jayam Ravi, Trisha Krishnan, and Mohan Babu are among the cast members of Ponniyin Selvan. The film is a cinematic adaption of Kalki Krishnamurthy's Tamil historical fiction novel Arulmozhivarman, who subsequently became Chola ruler Rajaraja Chola I.