On Wednesday, Akshay Kumar turned to Twitter to express his grief, informing fans that his mother, Aruna Bhatia, had gone away peacefully. Immediately after the 'Bell Bottom' actor sent the tweet, a flood of condolences poured in from his fans and followers. Her death was also mourned by a number of celebrities, including Vindu Dara Singh, Jacqueline Fernandez, Neil Nitin Mukesh, and others. 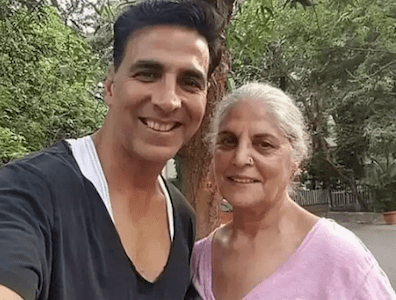 Only a few days after the unexpected death of Sidharth Shukla, Bollywood star Akshay Kumar revealed the death of his mother, Aruna Bhatia. She died two days after being taken to a Mumbai hospital's intensive care unit. Akshay resorted to Twitter to express his sadness on Wednesday and told that his mother died away peacefully. Immediately after the 'Bell Bottom' actor sent the tweet, a flood of condolences rushed in from his fans and followers. Vindu Dara Singh, Jacqueline Fernandez, Neil Nitin Mukesh, Hiten Tejwani, and others were among the celebrities that grieved her passing.

After learning of his mother's illness, Akshay Kumar returned to India from the United Kingdom. On Twitter, he sent a heartfelt message that said, "She was my core. And today I feel an unbearable pain at the very core of my existence. My maa Smt Aruna Bhatia peacefully left this world today morning and got reunited with my dad in the other world. I respect your prayers as I and my family go through this period. Om Shanti."
Also Read: Salman Khan files a complaint against ‘Selmon Bhoi’ online game; Bombay Court orders temporary ban on game 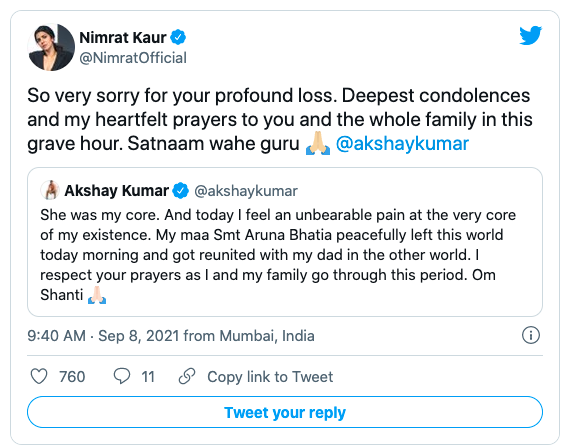 Nimrat Kaur tweeted, "So very sorry for your profound loss. Deepest condolences and my heartfelt prayers to you and the whole family in this grave hour. Satnaam wahe guru @akshaykumar."

Vindu Dara Singh wrote, "Prayers for your strong maa prah, she will always be blessing us from the heavens."
Also Read: Akshay Kumar mom Aruna Bhatia passes away; actor writes, “She was my core”

Neil Nitin Mukesh replied, "Deepest condolences to you and the family sir."

Shankar Mahadevan wrote on Twitter, "Dear @akshaykumar heartfelt condolences to you and your family. Prayers for her peaceful journey ahead.”
Nikkhil Advani wrote, "Condolences and prayers sir… "

Madhur Bhandarkar tweeted, "My deepest condolences to you and your family @akshaykumar #OmShanti."

Pooja Bhatt wrote, "My deepest & most sincere condolences! May you navigate this phase and the years ahead with love & strength."

Renuka Shahane tweeted, "Deepest condolences to you and your family for this inconsolable loss. May her soul rest in eternal peace. ॐ शांति"

Few people are aware that Akshay's mother died just a day before his 54th birthday. Twinkle Khanna and her daughter Nitara, who accompanied Akshay to London, are flying back to Mumbai today. 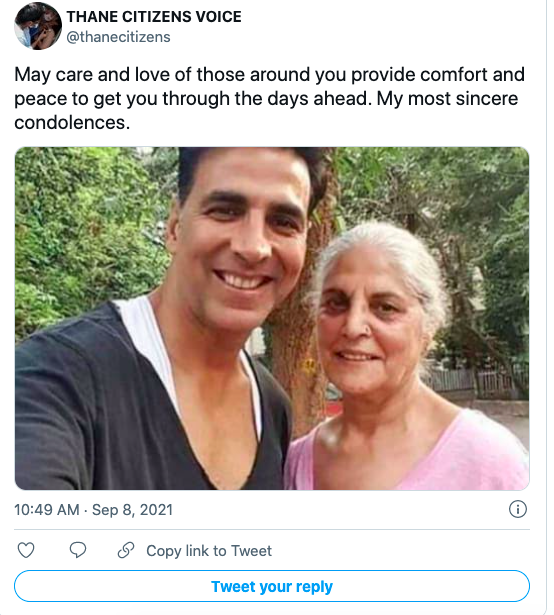 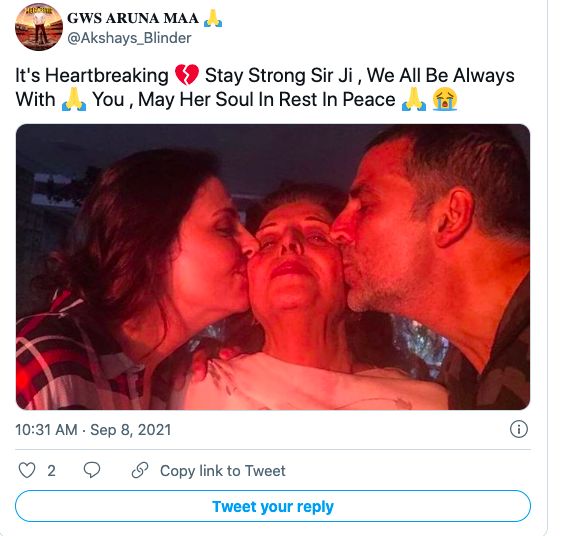 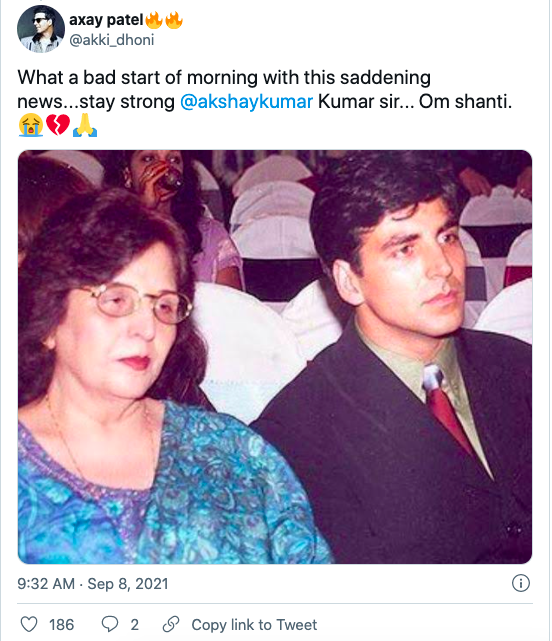 Meanwhile, on the job front, Akshay has a diverse slate of projects in the works, including ‘Bachchan Pandey,' ‘Raksha Bandhan,' ‘Ram Setu,' ‘Atrangi Re,' and more. He's also looking forward to the release of Rohit Shetty's next film "Sooryavanshi," which co-stars Katrina Kaif. The film was intended to be released in March of last year. However, because to the epidemic and the subsequent lockdown, the film was postponed indefinitely.