Captain, who was opposing the elevation of Sidhu as Party President, may also announce some unexpected move, sources claimed. 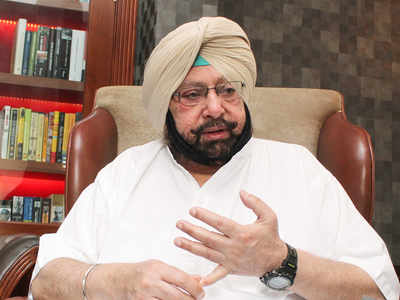 After the official announcement of Navjot Sidhu as State Congress President on Sunday night, there were reports that Chief Minister Captain Amarinder Singh has reportedly invited all the MLAs, ministers and MPs for a lunch at some private hotel in Panchkula on Wednesday.

However, refuting these reports, Raveen Thukral, Media Advisor to the Punjab CM, tweeted that “Some media reports suggesting that Punjab CM Captain Amarinder Singh has invited Congress MLAs & MPs from the state for lunch on July 21 are incorrect. He has not planned or sent invites for any such lunch”.

Meanwhile, earlier it was being claimed that the agenda of the Lunch meeting was related to the latest political developments in the state, probable cabinet reshuffling or to discuss strategy for the coming assembly elections in the state.

Also Captain, who was opposing the elevation of Sidhu as Party President, may also announce some unexpected move, sources claimed. Besides, newly appointed PPCC Chief Navjot Sidhu has planned a visit to Sri Harminder Sahib along with his supporters MLAs and Minister on Wednesday.