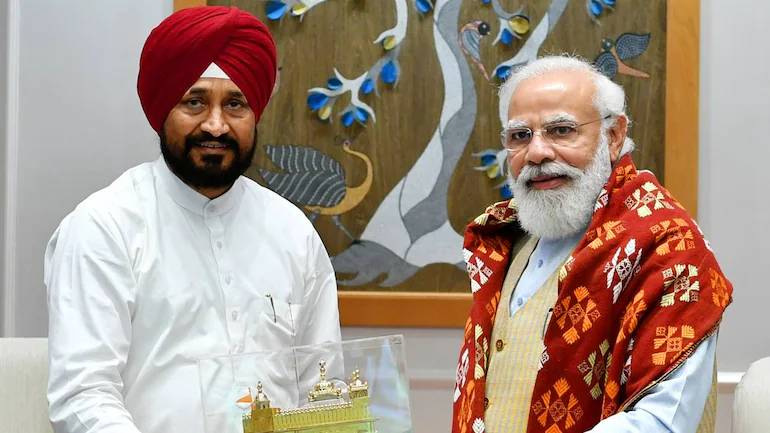 Punjab Chief Minister Charanjit Singh Channi met prime minister Narendra Modi at his residence in Delhi on Friday. On the meeting agenda, Mr Channi was expected to request Modi to postpone the centre’s decision on the paddy procurement in Punjab from October 1 to October 11.

This is the first meeting between the two top leaders after Channi took oath as the chief minister of Punjab.

"Agriculture is our main source of income. I have asked the Prime Minister to help find a solution to the deadlock with farmers, who are protesting against the three controversial farm laws," Mr Channi told the media after the meeting.

Also Read: ‘Punjab is in safe hands’, says Deputy CM Randhawa, what does this indicate?

On Thursday, the Office of the Chief Minister of Punjab tweeted: “Taking prompt cognisance regarding postponement of paddy procurement for Kharif Market Season 21-22, CM Charanjit Channi sought personal intervention of PM Narendra Modi to advise ministry to withdraw its letter forthwith, thus allowing the state to start paddy procurement from October 1 instead of October 11.”

Channi was summoned by the Congress High Command over discussions regarding several high posts appointments in the Punjab cabinet and other services. He is likely to meet Rahul Gandhi, KC Venugopal and other leaders in the evening.

Sources said the Punjab chief minister is expected to raise the farm laws and farmers issues with Modi. He had extended support to call for the Bharat Bandh by the farmers and since he took charge of the office has been promising to do justice to the needs of the farmers.

The central government decided to delay Kharif paddy procurement in Punjab and Haryana till October 11. The move has been taken after crop maturity got stalled due to recent heavy rain in the state.

Crop procurement is initiated by the central government's agency, Food Corporation of India, together with state agencies.