In the midst of chaos, the cost of living has risen to the point where the average person cannot afford it. To make matters worse, water and food are only available to individuals who have US currency. 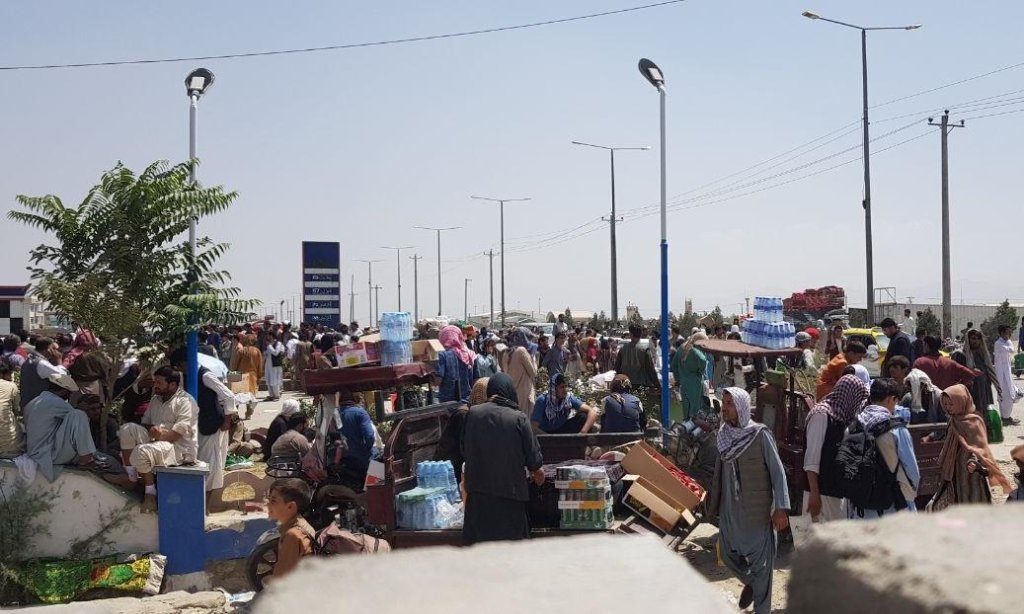 Amid the rising terror of the Taliban, the situation is getting worse at Kabul airport for those waiting to leave Afghanistan. Over thousands of people have gathered outside Hamid Karzai International Airport waiting for their chance to flee the country and escape Taliban rule.

Where around 10 lakh people wish to flee the country, only 82,300 people were evacuated so far. The majority of these people were either foreign citizens or had a visa from another country.

In the midst of chaos, the cost of living has risen to the point where the average person cannot afford it. A bottle of water outside the Kabul airport costs 40 US dollars, i.e around 3 thousand rupees, and a plate of rice is 100 US dollars, i.e. over 7,000 rupees. To make matters worse, water and food are only available to individuals who have US currency.

Currently, 1 US Dollar is equal to 86 Afghanistan currency, Afghan Afghani (AFN). For 1 Indian Rupee is worth 1.16 AFN i.e, the Indian rupee is worth 16 paise more.

The World Food Program has issued a report in the middle of the Afghan crisis that claims one out of every three Afghans i.e around 14 million people are hungry. A total of 20 lakh children are malnourished and require emergency assistance. According to the report, there are no crops, no rain, no drinking water, and people live in poverty.

Meanwhile, the latest visuals from Kabul airport shows people standing knee-deep in water and garbage. It is difficult for anyone to stand in this part of the airport for more than 10 minutes, but these people have been doing so for several days.

However, these people feel lucky enough to be inside the airport. Thousands of people are standing behind a concrete wall and barbed wire outside the airport and if someone tries to climb the wall, security personnel push them back. The gathering has swelled dramatically as people are constantly arriving. Women and children's conditions are deteriorating in such a setting.

No one is worried about the coronavirus infection as these people fear Taliban more than anything.