Anushka Ranjan ties the knot with Aditya Seal in Mumbai 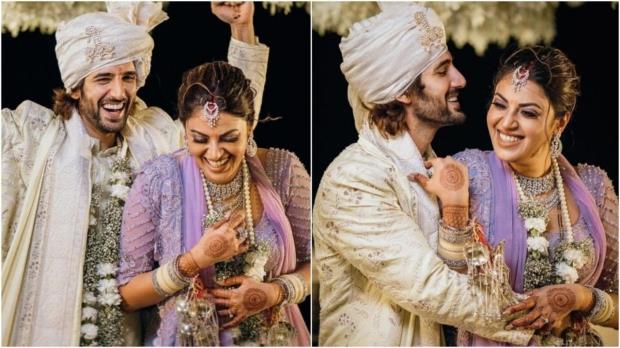 It is the season of weddings. After Rajkummar Rao and Patralekhaa tied the knot last week, Anushka Ranjan and Aditya Seal followed suit. The duo tied the knot in a star-studded ceremony which was held in Mumbai, yesterday, November 21. Pictures and videos from their wedding are now doing rounds on social media.

For her wedding day, Anushka opted for a gorgeous lilac lehenga, while Aditya chose a cream sherwani. The duo was seen exchanging garlands in the presence of family and friends. Aditya Seal proposed to Anushka Ranjan in Paris in October 2019.

Anushka Ranjan is an actress who has featured in films like Wedding Pullav, Batti Gul Meter Chalu, and Gulabi Lens. Aditya Seal has starred in several movies like Indoo Ki Jawani, Tum Bin 2, Student Of The Year 2, and Namaste England.