The actor was a prolific face in Gujarati cinema. 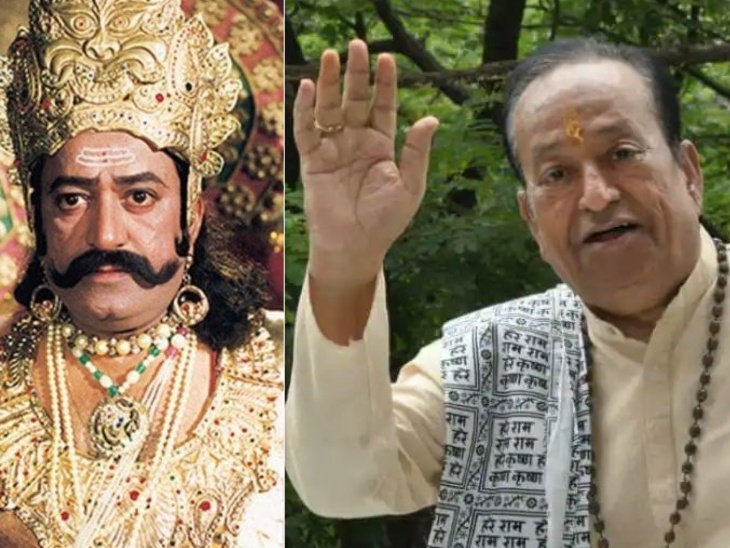 Veteran actor, Arvind Trivedi who is popularly known for playing the role of antagonist “RAVAN” in Ramanand Sagar’s 1987 iconic TV series Ramayan, passed away at the age of 82 in Mumbai after suffering a heart attack on Tuesday night.  He was suffering from age-related issues.

His co-star actors Arun Govil and Sunil Lahri confirmed the news of Arvind Trivedi’s passing away on social media and paid a heart-warming tribute to the legendary actor.

“Arvind uncle was not keeping well and his health further deteriorated in the last couple of years. He passed away on Tuesday night around 9.30 pm after suffering a heart attack. He was 82 years old. He went peacefully to his home in Kandivali (Mumbai), surrounded by his family,” the Indianexpress reported.

Arun Govil called Arvind Trivedi as "my dear friend" in his condolence tweet, he played the role of Lord Rama in the epic television serial.

"Bahut dukhad samachar hai ki hamare sabke pyare Arvind bhai (Raavan of Ramayan) ab hamare bich nahin rahe. Bhagwan unki atma ko shanti de (It's very sad that our beloved Arvind Trivedi is not amongst us anymore. May he rest in peace). I am speechless I lost father figure my guide, well-wisher and gentleman,” wrote actor Sunil Lahri, who played the role of Lakshman in Ramayan.


Actress Dipika Chikhlia, who featured as Sita in Ramayan also paid her tribute to the late actor. On her Instagram page, the actress wrote, “my heartfelt condolences to his family …a very fine human being #arvindtrivedi #ravan.”


Arvind Trivedi apart from essaying the role of Ravan that made him a popular face in the country had featured in almost 300 films across Hindi and Gujarati cinema. After the success of Ramayan, Trivedi had also acted in another Doordarshan show Vikram Aur Betaal, alongside Arun Govil. He was a known face in Gujarati cinema and his career as an actor spans over 40 years.

He was also the acting chairman of the Central Board for Film Certification (CBFC) from 2002 to 2003.