Gosavi, a self-styled private detective was also seen in a viral selfie with Aryan Khan after the latter’s detention. 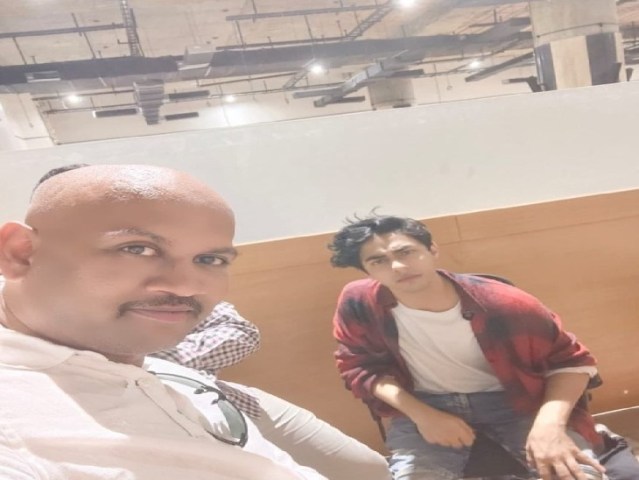 Pune City Police have issued a lookout circular for Kiran Gosavi, one of the independent witnesses of the Narcotics Control Bureau (NCB) in the cruise ship drugs seizure case in which Bollywood actor Shah Rukh Khan's son Aryan Khan was arrested on October 2. The police, however, have issued the notice in connection with a “2018 cheating case registered here”, a top official said.

The self-styled private detective was also seen in a viral selfie with Aryan Khan after the latter’s detention.

Amitabh Gupta, the Pune Police Commissioner, said that the city police have issued a lookout circular for Gosavi. According to police sources, the circular was issued to prevent Gosavi from fleeing the country.

"We've issued a lookout circular notice against K P Gosavi, who has been absconding in a 2018 cheating case filed against him with the Faraskhana police station," said Pune Police Commissioner Amitabh Gupta.

A lookout circular is a warning that a person is not allowed to leave the country.

Gosavi was arrested for allegedly duping a Pune man under the pretext of providing him with a job in Malaysia, according to police.

NCP spokesman Nawab Malik claimed that Gosavi and Manish Bhanushali, who was also seen with those apprehended by NCB following the raid, had BJP ties.

While Gosavi was named by the NCB as an "independent witness" in the cruise ship raid, it was later uncovered that he was a wanted criminal in a 2018 cheating case filed with Pune City Police.

On May 29, 2018, Chinmay Deshmukh, a Kasba Peth resident filed the first information report (FIR) in the cheating case at Faraskhana police station.

According to the FIR, Gosavi put a job advertisement for hotel management positions on social media platforms and Deshmukh responded.

Between November 2017 and March 2018, Gosavi allegedly promised Deshmukh a job in Malaysia and then asked him to deposit Rs 3.09 lakh to a bank account, alleging various reasons.

Gosavi, on the other hand, neither offered Deshmukh a job nor refunded the money.

Police had charged Gosavi in this case under sections 419 and 420 of the Indian Penal Code, as well as sections of the Information Technology Act, based on Deshmukh's complaint.