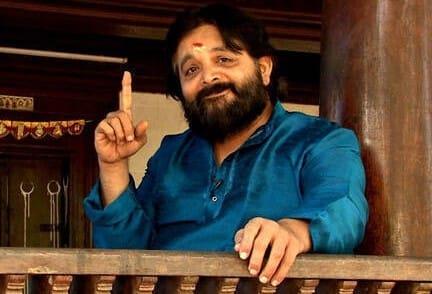 Award-winning Malayalam music director Kaithapram Viswanathan Namboothiri passed away on Wednesday at a hospital. He was known for his unique music compositions in a handful of Malayalam films. The 58 year old was battling cancer, said a family source.
Kaithapram Viswanathan was the younger brother of famed lyricist-musician Kaithapram Damodaran Namboothiri. The renowned composer had established his own position among Mollywood's top-rated composers through a limited number of films.
Viswanathan was born in a family of musicians in the Kaithapram hamlet of northern Kannur district in 1963 and received 'ganabhooshanam' title from Thiruvananthapuram's Swathi Thirunal Music College. Before entering the film industry, he worked as a music teacher in a local school and eventually founded his own music school.
With director Jayaraaj's 1997 film Kaliyattam, Viswanathan made his debut as an independent music director. Suresh Gopi, Manju Warrier and Biju Menon were the star cast of Kaliyattam, a cinematic adaptation of William Shakespeare's classic play Othello.
Also Read: Latest Entertainment News: Here are the top 5 OTT-released Hindi movies & shows of 2021
Viswanathan composed music for over 20 movies. Kannaki, Thilakkam and Daivanamathil are among them. In 2001, he got the Kerala state film award for his background scores for Kannaki. 'Sire Sire Sambharae' from the 2003 film Thilakkam, starring Dileep, Kavya Madhavan, and Thiagarajan, is his most acclaimed song.
He is survived by his wife and three children.
Dignitaries like Kerala Chief Minister Pinarayi Vijayan and leader of opposition in the state assembly V D Satheesan have extended their condolences on Viswanathan's untimely demise.