From Vicky Kaushal’s Sardar Udham to Sidharth Malhotra’s Shershaah, here is a list of the five best Hindi movies and shows of 2021. 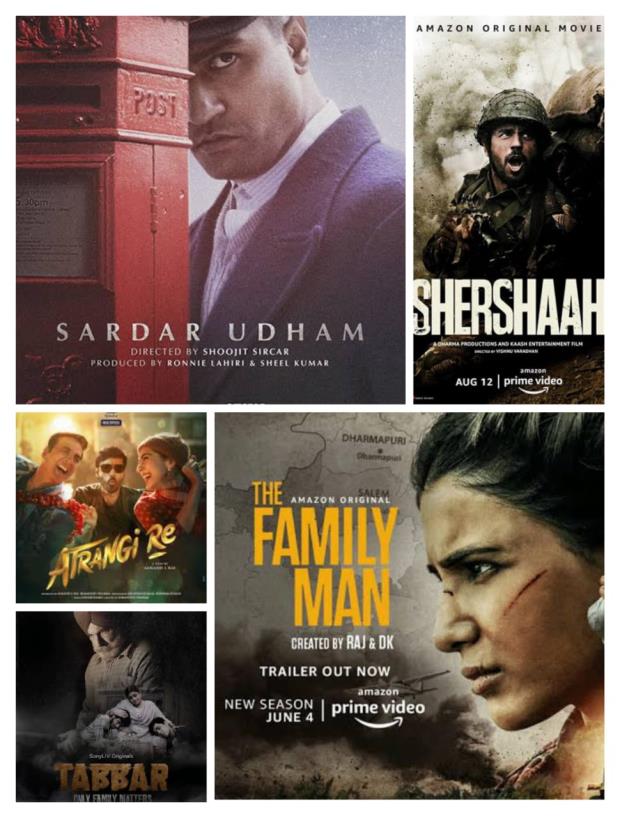 Watching series and films is one of the best ways to chill! In this year, along with theatres, people also enjoyed the upcoming films and series on the OTT platform. Amid the Covid-19 related struggle, the Hindi industry has come up with some interesting and entertaining pieces in 2021.
Now as the year is coming to an end, so we have brought some best Hindi movies and shows released in 2021.
1.) Sardar Udham:
Releasing Platform: The movie was released on Amazon’s OTT platform – Prime Video, it is still streaming. The film was released on 16th October 2021.
Story crux: The film is a biography of legendary freedom fighter Sardar Udham Singh, who killed Sir Micheal O'Dwyer in London. The acting skills of the actor and brilliant cinematography have sent chills down the spine. The movie has won the hearts of millions with a gripping story of the revolutionary’s life.
Film trailer:
Also Read: Tabbar: Supriya Pathak, Pavan Malhotra’ stunning family drama is a more nuanced depiction of Punjabi’s
2.) The Family Man:
Releasing Platform: This magnificent web show was released also released on Amazon Prime Video. The release date of the web series is – June 4, 2021.
Story crux: The Family Man Season 2, starred Manoj Bajpayee, Samantha Akkineni, Priyamani, Sharib Hashmi, Seema Biswas, Darshan Kumar, Sharad Kelkar, among others. This year, the second season of the show was released, The Family Man 2 was released in different locations and sets. The series was directed by Raj Nidmoru and DK. Srikant Tiwari (Bajpayee), the audience’s favourite, battled a new squad of opponents and continued on his edgy road of balancing being a normal family guy and the vicious professional that he is.
Web-show trailer:
3.) Tabbar:
Releasing Platform: This thriller series was released at Sony Liv on 15th October 2021.
Story crux: Tabbar starred Pawan Malhotra, Supriya Pathak, Ranvir Shorey, Gagan Arora, and Paramvir Singh Cheema and was directed by Ajit Pal Singh. The story is about a Punjabi middle-class family, which lives comfortably in a bustling area. A shuffling in baggage brings an unpleasant visitor to their house one day, and bad luck kills him. As soon as they have blood on their hands, their world is turned upside down. The tale revolves around what the guy would do to preserve his family from disaster and ensure that his 'Tabbar' has a long life.
Trailer:
Also Read: SherShaah’s songs Ranjha and Raataan Lambiyan debut on 'Billboard’s Global Exclusive US Chart'
4.) Shershaah:
Releasing Platform: Shershaah was streamed at Amazon’s OTT platform – Prime Video, on August 12, 2021.
Story crux: Shershaah starred Sidharth Malhotra and Kiara Advani as lead roles. The film was directed by Vishnu Vardhana and was produced by Karan Johar’s Dharma Productions. In the film, actor Sidharth Malhotra will be seen stepping into the shoes of Kargil's hero late Captain Vikram Batra. Batra fought back valiantly during the 1999 Kargil War between India and Pakistan. It was his brave efforts due to which the Indian flag unfurled on Tiger Hill on July 4, 1999. The film also introduced Vikram’s personal life and love life with Dimple Cheema.
Trailer:
5.) Atrangi re:
Releasing platform: The “Hatke” love story was released on Disney+ Hotstar on December 24, 2021.
Story crux: In Atrangi Re, the director Aanand L Rai has experimented with new characters casting Akshay Kumar, Dhanush and Sara Ali Khan in lead roles. In this movie, Rinku (Sara Ali Khan) has a habit of running away from her house in search of the boy she loves, Sajjad (Akshay Kumar). She feels that the only way to show her love is to elope and marry him. However, Rinku's family takes the decision to forcefully marry her off to a Tamil Brahmin Vishnu (played by Dhanush) and does away with her making sure that she never returns. Further, what makes the movie interesting is a love triangle between Rinky-Sajjad-Vishnu and most importantly, an unexpected twist.
Trailer: