After India's second loss in the ICC T20 World Cup 2021, this time by 8 wickets to New Zealand, Twitterati appeared to be furious with the squad.

Is the IPL a major factor in India's failure? Is the BCCI putting too much focus on the wealthy league? Following India's humiliation against Pakistan and now New Zealand, critics and supporters believe the IPL is to blame for the country's inability to win international matches.

After India's second loss in the ICC T20 World Cup 2021, this time by 8 wickets to New Zealand, Twitterati appeared to be furious with the squad. India had also lost the first match of the tournament by 10 wickets to arch-rivals Pakistan. Top-four qualifying for the Men in Blue now appears impossible, with the outcome dependent on the destiny of the other teams.

Kohli and his teammates were in England, but they chose to skip the final Test after members of the support staff became infected with the virus. India opted to skip the Test and instead join the IPL bio-bubble in order to be ready for selection by their respective clubs.

The show began, however, in a similar fashion to what the audience had witnessed during the game versus Pakistan. The batting was considerably worse this time, with the Men in Blue scoring only 110 runs in 20 overs for the loss of eight wickets.

The Virat Kohli-led team began the competition as favourites, but has failed to live up to that expectation.

The T20 World Cup began in less than a week after the Indian Premier League finished. The players didn't get a rest, and they appeared exhausted on the field against foe New Zealand. For obvious reasons, the #BanIPL hashtag is rising on social media after India facing an early exit in T20 World Cup.

Here are some of the #BanIPL tweets: 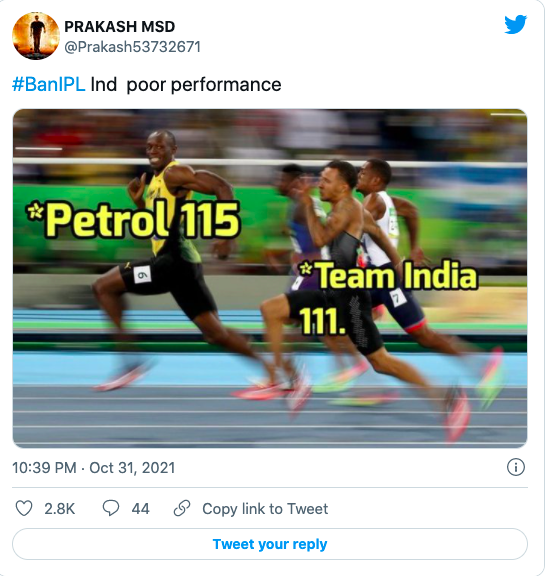 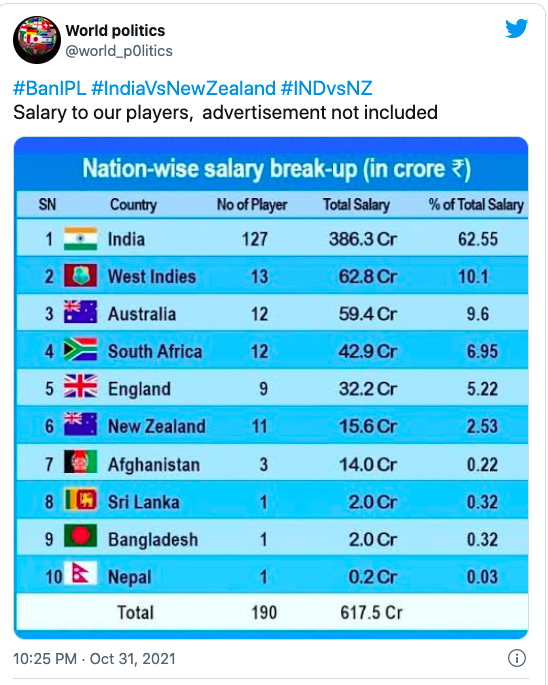 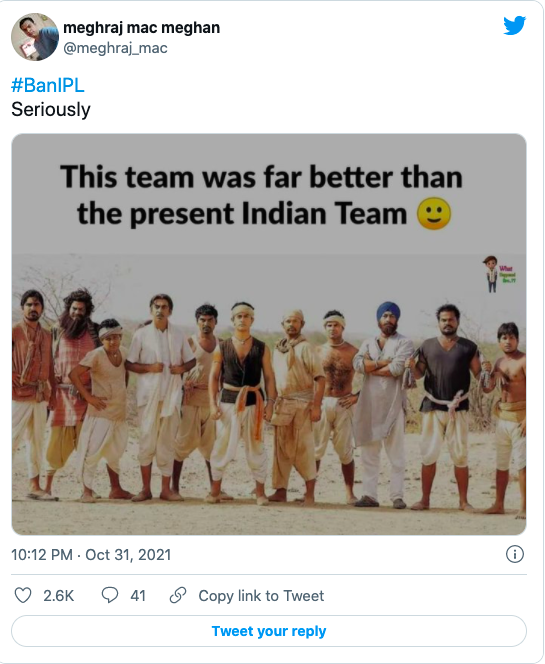 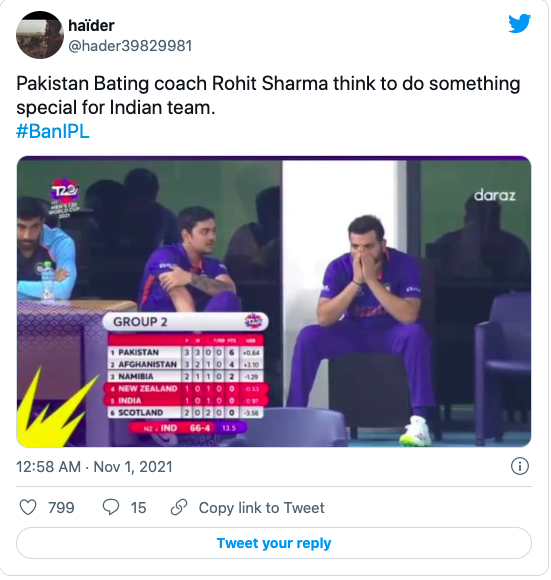 India's chances of reaching the semi-finals are currently very low. They could have a chance. They must first win their remaining games by huge margins before hoping New Zealand loses one of their final games.

Pakistan has so far been the best side in the group, having practically qualified for the T20 World Cup semi-finals after winning three of their three games. In the three matches that Afghanistan has played thus far, they have won two of them. With a win over India, New Zealand has also made its mark on the tournament.