Harnaresh Singh Gill, Judge issues notice of motion for July 15, 2021, restraining the state from filling the challan till the next date of hearing. 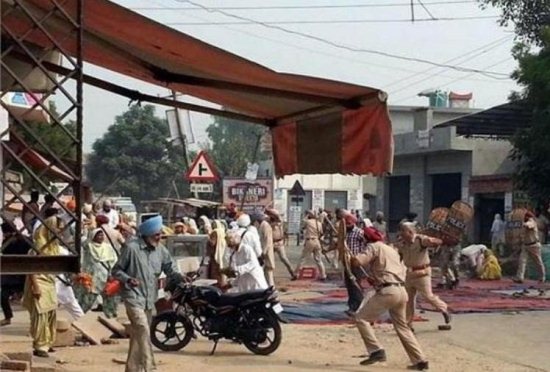 The Punjab and Haryana High Court restrained Special Investigation Team (SIT) from filling challan in FIR number 117 of sacrilege, putting up derogatory posters at Bargari on September 25, 2015, till next hearing of the case, scheduled for July 15.

Case title Sukhjinder Singh alias Sunny V/s State of Punjab was taken up for hearing through video conferencing. The petitioner lays a challenge to the action of the police/SIT in sending his handwriting samples for comparison with those present on the alleged posters, despite his objecting to the same.

Learned counsel for the petitioner submits that the SIT is competent only to further investigate the matter and not to reinvestigate the same. It is further submitted that once the CBI had got petitioner’s handwriting samples compared from the CFSL, and found the same not to be matching with those present on the incriminating posters, it is not open to the police/SIT again send the handwriting samples for comparison.

In support of his contention, learned counsel for the petitioner relies upon the judgments passed Hon’ble Supreme Court in Ram Chaudhary Vs State of Bihar 2009 (2)RCR (criminal)570 and in SLP (criminal) No 593 of 1998 titled K. Chandrasekhar and others Vs State of Kerala and others decided on April 29, 1998.

Harnaresh Singh Gill, Judge issues notice of motion for July 15, 2021, restraining the state from filling the challan till the next date of hearing.