During the nation address, PM Modi said that the central government has decided to ‘repeal’ all three farm laws. 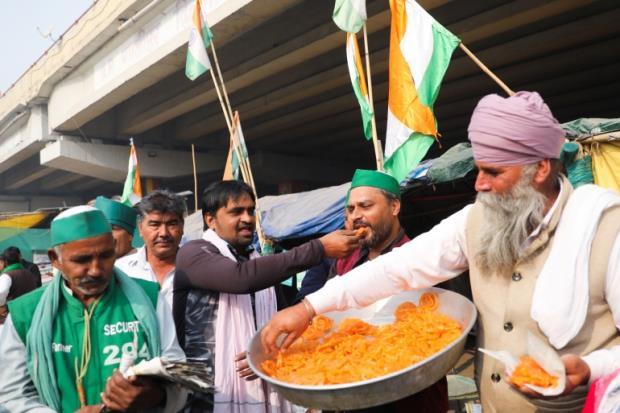 Today, on the auspicious day of Guru Nanak Dev Jayanti, Prime Minister Narendra Modi has made a big announcement. During his nation address, PM Modi said that the central government has decided to ‘repeal’ all three farm laws.

Prime Minister said, “Today I want to tell everyone that we have decided to repeal all three farm laws”. He further said that “Three laws were in farmers' benefit but we couldn't convince a section of farmers despite best efforts”.

This announcement has left social media divided. Some of the netizens rejoiced to no end while some were disappointed with this decision. Now, social media is flooded with posts and memes related to this announcement. Amid all this, #Bhakt has started trending on the micro-blogging site.

Have a look at the posts and memes under this new hashtag by netizens:

Andh bhakts to Modi after he announced to take back #FarmLaws. pic.twitter.com/kplBeuKIQN

Also Read: ‘Will wait for the announcement to take effect’, says Samyukta Kisan Morcha as it welcomes PM Modi’s decision

Bhakts till yesterday: New farm laws are the biggest masterstroke in 70 years

Bhakts Who Were Explaining Benefits Of All 3 Farm Bills : pic.twitter.com/ZnKP6f7bju