This would be the first time that the Prime Minister had bowed down before the farmers and accepted his fault. 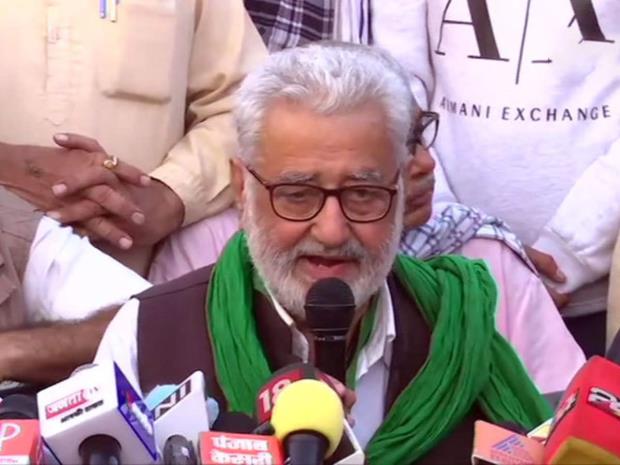 Farmers unions have welcomed Prime Minister Narendra Modi’s decision of repealing the three farm laws. Speaking on the announcement, farmer leader Dr Darshan Pal has released a video calling it a victory of the farmers’ unity and struggle that was taken last year against the three bills.

In the video, Dr Pal said that this fight has allowed the people of this country to pave a way where people could fearlessly raise their voices and stand up for their rights. He further congratulated the farmers of the country saying it is a huge victory for the farmers’ motives as the Prime Minister took the auspicious day of Guru Nanak Jayanti to repent his mistakes and accepted that though the farm laws were made for the welfare of the farmers there were sections who didn’t accept the laws.

Other issues like MSP that are still unresolved, the SKM will have a meeting and decide the future course of the protest, he added, with folded hands and thanked everyone in Hindi.

Meanwhile, the president of BKU-BHANU, Bhanu Pratap Singh said because of the anti-farm policies teh farmers in the country have died due to heavy debts. “I welcome this move. Due to anti-farm policies for 75 years, farmers died due to debts. I urge PM Modi to form a farm committee and let it decide crop rates. Farmers' loans should be waived off in a day through an announcement like today's,” Mr Singh said.

Other farmers unions including the Samyukta Kisan Morcha have released a statement welcoming Modi’s decision and said that after the laws are repealed through due parliamentary procedures, it will be a historic victory of the one year long farmers' struggle in India.
Also Read: PM Modi accepts he couldn’t convince farmers as he rolled back the farm laws

However, BKU leader Rakesh Tikait, who has been the key figure in the ongoing farmers’ protest stated that the protest will not end soon and stressed that the government should talk to farmers over the issue of minimum support price (MSP) of crops and other matters. "The protest will not be withdrawn immediately, we will wait for the day when the farm laws are repealed in Parliament. Along with MSP, the government should talk to farmers on other issues too," Tikait tweeted in Hindi.

On Friday morning, Prime Minister Narendra Modi addressed the nation on the occasion of Guru Nanak Jayanti and announced that the government will withdraw the three farm laws. Further, he said there was a section of farmers who were opposing the three farm laws and the centre tried to educate and inform them about it. However, the benefits of the laws weren’t able to reach them. He promised to continue working for the welfare of the farmers in the country.