New York district attorney’s office shared child pornography and video of the social media influencer being murdered to the press. 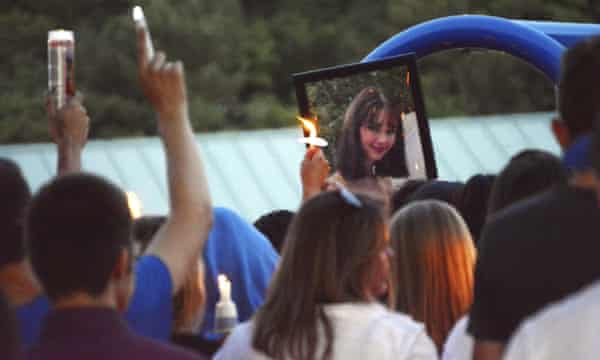 Social Media star Bianca Devins is believed to have been killed by her boyfriend, who has also posted gruesome pictures of her body on Instagram, where they circulated for the next 12 hours in July 2019. Now, on Thursday, July 15, the district attorney’s office in New York has allegedly shared the nude images of Devins, which were found in her mobile phone seized from the murder scene.

What was the event?

The event surrounds Bianca Devins, a 17-year-old girl who was murdered when she was on the way to college in July 2019. It was investigated that the girl was killed by Brandon Clark, a man she met online two months earlier in the incident. Clark has recorded a video of two having sex and then split her neck as she begged for her life.

Also Read: Rapper Lil Durk and girlfriend targeted in home invasion, gets into shootout with intruders

At that time, Clark was 21 years old, he has also taken selfies with the Devins’ body and then posted them on social media. These pictures were used by the Attorney’s office as the main evidence to get the Cicero man to plead guilty to murder last year, reported by the English daily.

Who are the prosecutors?

The filed lawsuit read, “When confronted, Assistant District Attorneys Sarah DeMellier and Michael Nolan admitted the DA’s office had shared the content.” According to the LinkedIn profile of Sarah, she is the Assistant DA at the Oneida County District Attorney’s office and has been in the position for the past 9 years. She has completed her graduation from Le Moyne College and a doctorate in law from the University Of Detroit Mercy School Of Law and Michael also shares the same position as Sarah. He is also registered with New York State, Office of Court Administration. He was graduated from Albany Law School.

Would the prosecutors be charged?

Devins’ mother has been devastated after seeing the video and pictures of her daughter. The attorney representing Bianca Devins’ estate said, “Must be held responsible for distributing snuff films and child pornography featuring Bianca.”

Goldberg further added, “It hurts my heart and confuses my brain that a 17-year-old murder victim would be further abused by authorities who gave no damn about her privacy. Bianca will be vindicated here. And the world should be on notice that even possessing sexual material of Bianca – or anybody under the age of 18 – is illegal.”