No fatalities have been reported, but the damage is extensive. 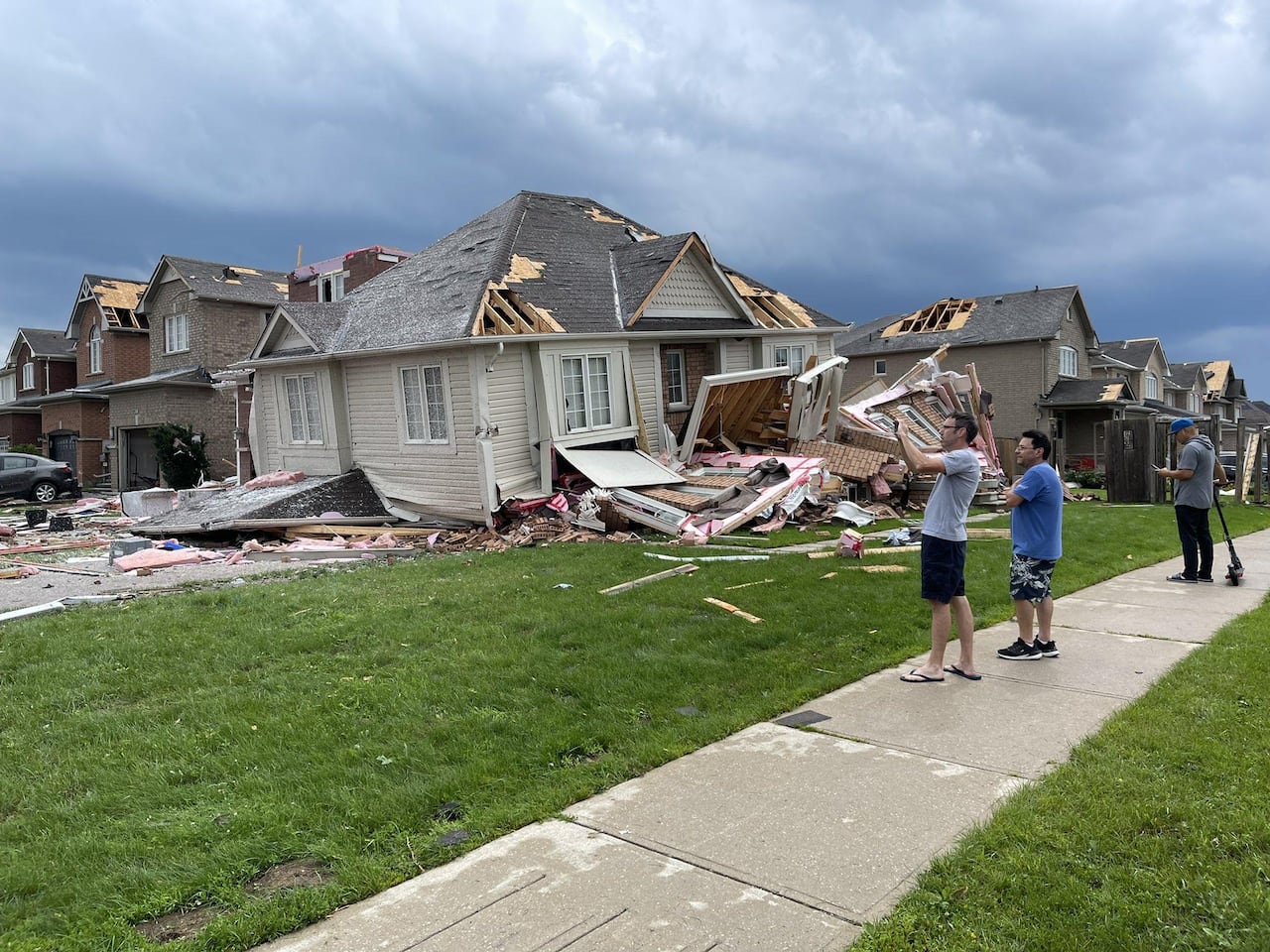 A tornado ripped through a southeast suburb in Barrie, Ont., on Thursday, leaving a trail of destruction. Over eight people were hospitalized, four of which are severely injured. Around 25 residences were wrecked in the wake of the ‘catastrophic’ tornado.

So far no fatalities have been reported. During a press conference after the tornado hit the city, Barrie Mayor Jeff Lehman said, “I can't tell you how incredible it is that nobody has been killed and I hope that as all the secondary searches are completed and the patients are treated in the hospital, that continues to be the case.”

Tornado touched down around 2:30 pm and lasted roughly 10 to 15 minutes. It has resulted in caved-in walls, torn-off roofs, destroyed buildings, flipped cars, broken gas lines and downed wires. Fire officials are checking under every bed and behind every door" to ensure no one was trapped in the rubble.

What do authorities have to say?

At the press conference, Lehman remarked, "This is an extremely tough day." "We will respond and rebuild, but first and foremost, we must ensure that everyone is safe."

Lehman further said that he is heartened to see People showing up with water, food, and other supplies for their neighbours. He described people’s empathy as ‘incredible’.

In a tweet, Lehman wrote, "There is extensive damage from the tornado touchdown in the area of Prince William Way and Mapleview in SE Barrie."

"Please avoid the area as emergency crews are focused on making sure everyone is safe," he added.

Barrie Police are going door-to-door to check the residents in the Mapleview area. Barrie police spokesperson Peter Leon said, "It looks very symbolic, unfortunately, to a war zone in places."

"The damage is catastrophic. It is significant, and it is major," he added.

Local residents posted images and videos of the tornado's devastation, including homes with roofs partially ripped off, overturned vehicles, and debris covering the streets.

Sheldon Murphy, a Barrie resident, said they were in the kitchen when the alerts started. "We noticed things starting to spin and fly about in the air. We gathered everyone in the basement at that point. Then, after five minutes, it began to clean up."

In a video, a person said “Oh my gosh, a tornado just hit our house” and showed knocked-down picture frames, broken items and scattered debris inside a home.

Another person said, “the roof is gone” and showed the large pieces of building insulation, wood and other materials spread out on the street.