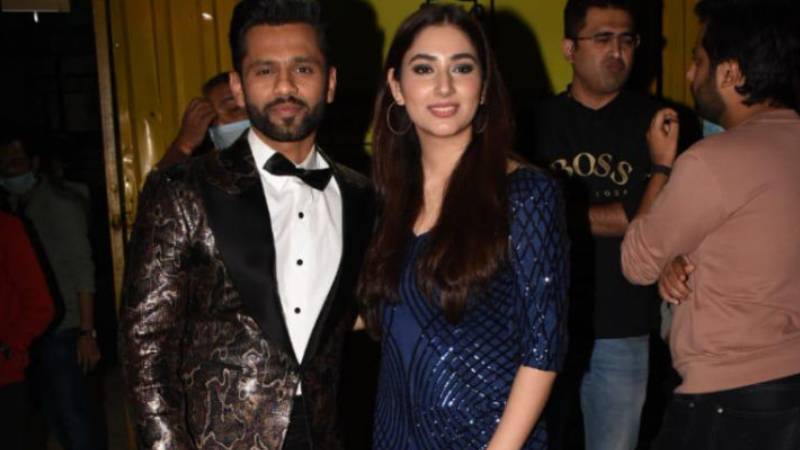 Singer Rahul Vaidya was the first runner-up of 'Bigg Boss 14'. In the final phase of the finale of the show, he faced Rubina Dila. However, he lost to Rubina at this stage. In a special conversation with a hindi daily Dainik Bhaskar, Rahul told that his mother and girlfriend Disha Parmar are very disappointed due to this defeat. However, defeat-winning for them is a part of the reality show. Also, Rahul has shared many things related to the show.

Rahul in Big Boss won many hearts, however, his one gesture that won the hearts of many people is when he expressed his love for his girlfriend Disha Parmar. Now, in an interview with Etimes, Rahul has talked about his marriage and also hinted when his marriage with Disha could take place.

Talking about his expressing of love for Disha, Rahil said, "I realised each and every emotion and relationship when I was inside the house. I would remember the person who would cook food for me at my house to every bond, relation and friend inside the BB 14 house. I realised that there is this beautiful person, girl Disha in my life, why not marry her. So that's why I proposed to her on national television. She had once told me that if someone ever proposes to me I want it to be grand, par itna special ho jaayega woh usse bhi nahi pata tha"

On being asked that his mother Geeta Vaidya saying  it will be June wedding, Rahul said, "If my mother has that the wedding will happen in June then definitely it has to has to be in June. My mom has left for home but Disha is still waiting outside for me and once we are together we will have the discussion about marriage. You all will be definitely come for the wedding and you will get to know."

I am very happy in fact, I am surprised that why am I not feeling bad? why am I not sad that I didn't win? I am so happy that the intention with which I had come on the show was right. I had done the show to earn new fans, more love and I wanted to show people who Rahul Vaidya is. I met my soulmate Disha Parmar through this show and I proposed to her in the Bigg Boss house and she said yes. She was sitting with my family for the finale. I have a great career, awesome fans, great girl what else do I want in life. I am happy that the intention with which I had come in has come true, I know I could not win the trophy and I felt bad for my fans, for my mother and Disha Parmar who got a little sad, but I am used to it because in reality shows sometimes you win but there are times when you lose also.