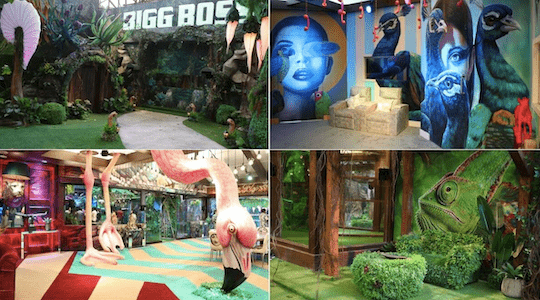 Every year, viewers are eager to learn not only who will enter the Bigg Boss house, but also what the theme will be. Salman Khan stated more than a month ago that this season's celebs will have to endure several sankat in a jungle before entering the main home. Each contestant's adventure will be divided into two parts: first, they must survive the wild ride, and then they must earn the luxury of a "grand home."


Starting with Bigg Boss 15's jungle-themed home, the garden area has been turned into a lush forest, complete with drama and dangal. There is also a ‘khufiya darwaza' that emanates beauty and eeriness at the same time, together with beautiful green trees, a swing, and exotic flora.
Also Read: Weight loss: Know Malaika Arora's SECRET that helps burning calories post workouts
The pool has been transformed into a pond, complete with flowers and plants. The speaking tree Vishwa Sundari, also known as the ‘Vishwa Sun-tree,' adds to the beauty of the jungle. It will try to entice and attract competitors and control their game from its perch in the midst of the jungle.
Also Read: Bigg Boss 15 confirmed contestant list: Karan Kundrra, Tejasswi Prakash, Partik Sehjpal and more! 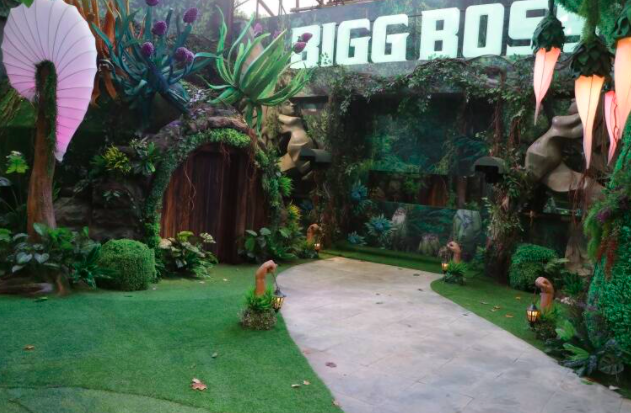 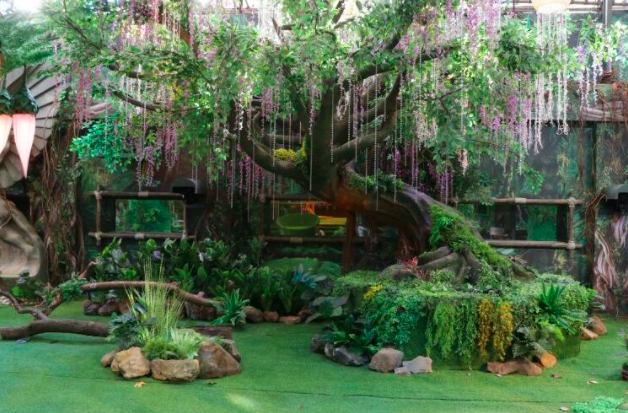 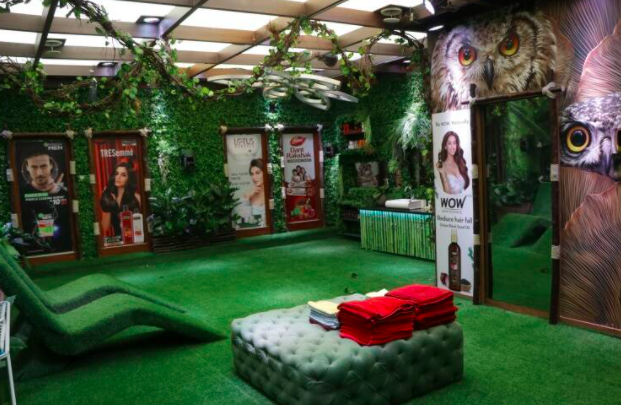 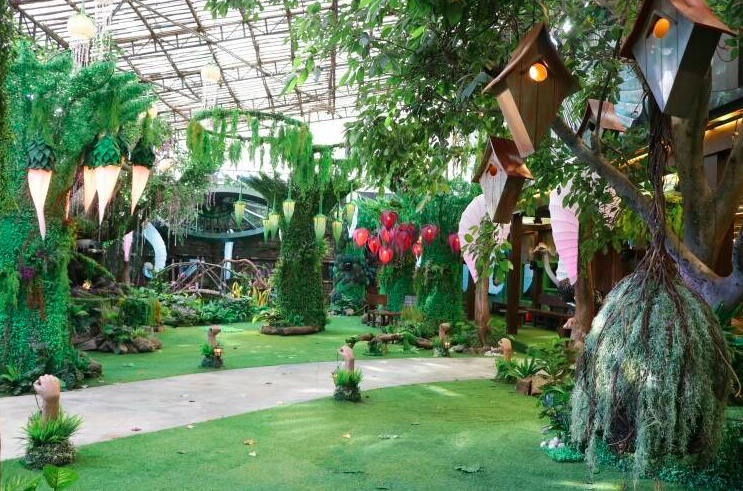 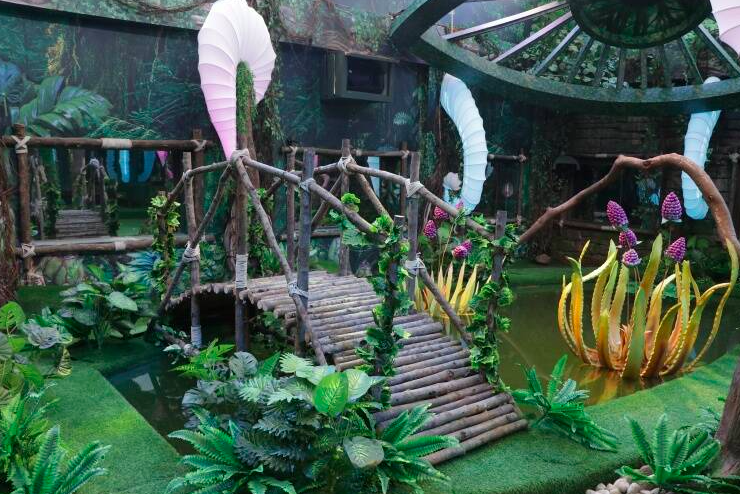 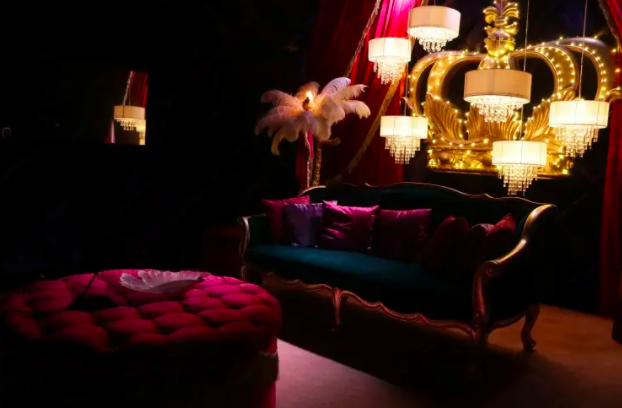 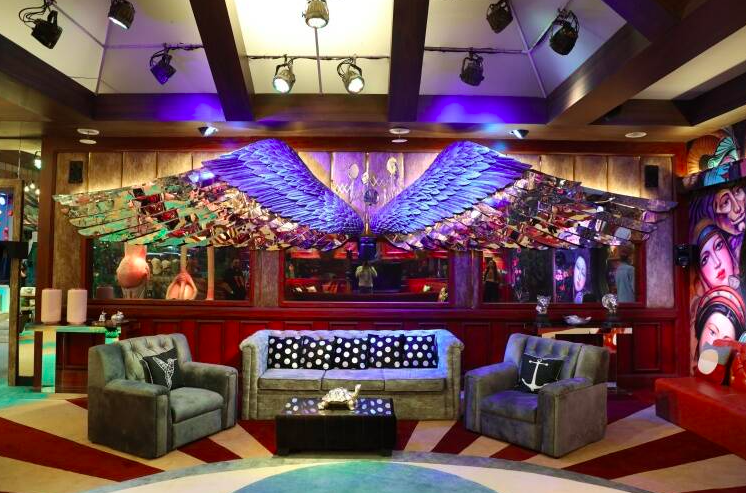 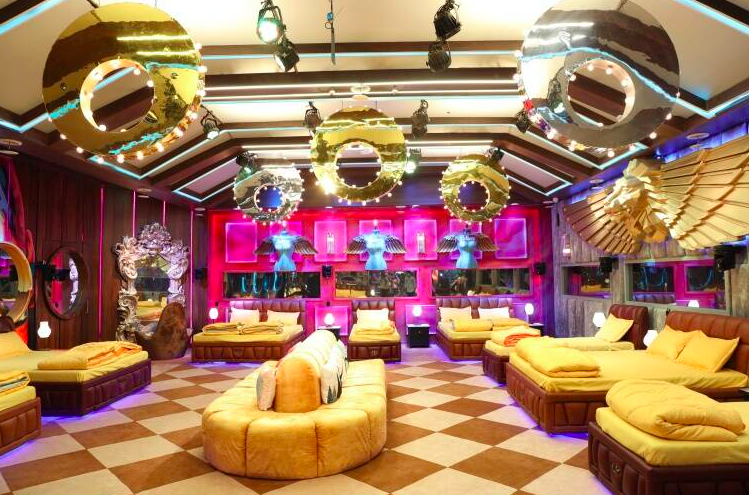 In fact, the wildness has been extended into the living room, which will also serve as a bedroom. Contestants will also be dishing out some drama in the open cooking area.
The bathroom, which oozes comfort and sophistication, adds some luxury to the wild. However, the creepers, climbers, and greens that emerge from the sides, as well as bamboo furniture, contribute to the wildness. 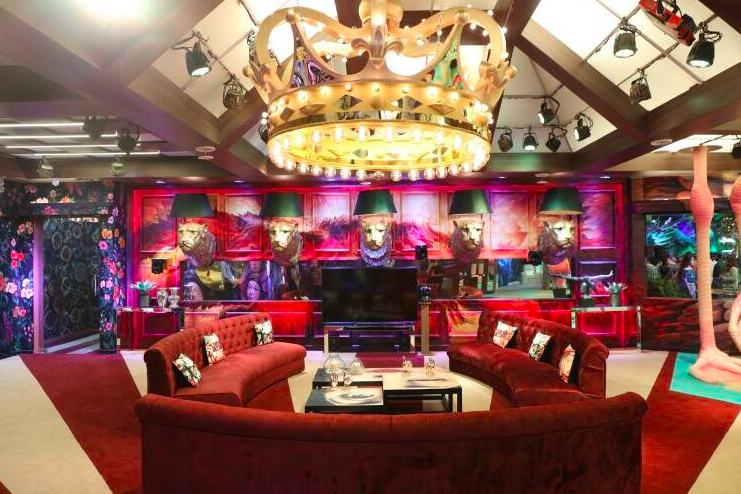 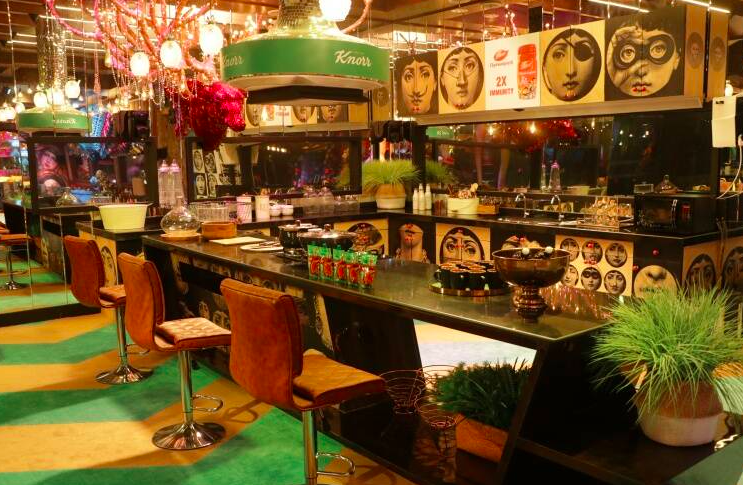 With a jungle theme, choosing the correct ruler is essential. And where will we discover the greatest contestants? Yes, it's the confessional. The area will witness all the nominations, darkest confessions, and secrets come out thanks to a soft comfortable couch and chair, decorated with loads of cushions in purple and maroon, and overshadowed by an oversized crown.
Contestants will be able to pass into the refuge of affluence after surviving the jungle survival war. In this aesthetic spectacular of the home, contestants and spectators will be met with stunning animal themes, prints, paintings, and flowery wallpapers.
With the theme "Come fly with me" decorating the entrance, the kitchen has an ultra-modern appearance. Many careers have taken off as a result of the programme, and we can't wait to see who wins hearts this time.
The bedroom receives a magical and dreamlike atmosphere with a golden and yellow motif, while the living space is all about luxury with maroon sofas, where competitors will communicate with host Salman Khan through the "Me TV.”
Art director Omung Kumar and production designer Vanita Omung Kumar said in a joint statement that decorating the Bigg Boss house each year has its unique set of challenges. They went on to say that because the participants would be locked up for months under intense supervision, it will need to include a mix of luxury and hardships.
Bigg Boss 15 will premiere on Colors on October 2 at 9.30 p.m. on weekends and 10.30 p.m. on weekdays. Karan Kundra, Tejasswi Prakash, Pratik Sehajpal, Nishant Bhat, Shamita Shetty, Umar Riaz, Vidhi Pandya, Donal Bisht, Vishal Kotian, Afsana Khan, Simba Nagpal, and Akasa Singh will be seen in the home, as we previously reported. Jay Bhanushali, Miesha Iyer, Sahil Shroff, and Ishaan Sehgal are among others expected to join them.