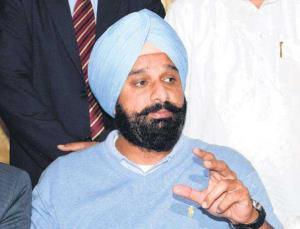 Mohali Court on Friday denied bail to Bikram Majithia, Shiromani Akali Dal (SAD) leader, in the drugs case, citing the case needs to be thoroughly investigated owing to the financial transactions and other evidence available.
Additional District and Sessions Judge said merely based on delay in lodging FIR can’t rule the case false.
“The FIR has been registered on the basis of a report, which prima facie shows the involvement of the applicant in the drug trade and harbouring of accused involved in drug mafia,” the court said in its order.
Court said the custodial interrogation is important to get to the bottom of the case as it won’t be an easy task under the protection of a bail.
“All these facts and financial transactions and extend of complicity of the applicant needs to be thoroughly investigated, which can be done only under custodial interrogation of the applicant and not under protection of anticipatory bail,” the order said.
“Hence, keeping in view all the facts and the gravity of the offence, it is not a fit case where benefit of anticipatory bail can be granted to the bail applicant. Accordingly, finding no merit in the bail application and the same is hereby dismissed.” It added.
ALSO READ: Amid arrest ruckus, ex-Akali minister Bikram Majithia seeks pre-arrest bail in Mohali court
Earlier, Punjab Police had booked Majithia under multiple sections of the Narcotic Drugs and Psychotropic Substances Act. The Police had said it had enough evidence to lodge him.
The FIR of the case stated that Majithia had used his power and property to allow drug smuggling. It said he had been financing the distribution of drugs across various areas.
Punjab Chief Minister Charanjit Singh Channi had also earlier said that the security agencies have enough evidence against Majithia.
“The STF report mentioned that there is enough evidence against Bikram Majithia. Later, we converted that report into an FIR,” he told reporters ruling out any political vendetta.
Channi took a jibe at former CM Amarinder Singh as well.
“The cat has come out of bag. Now, Amarinder Singh is also coming out in Majithia’s support,” he alleged.