Union Minister Prahlad Joshi has also reached Ahmedabad as an observer for the coming party meeting. 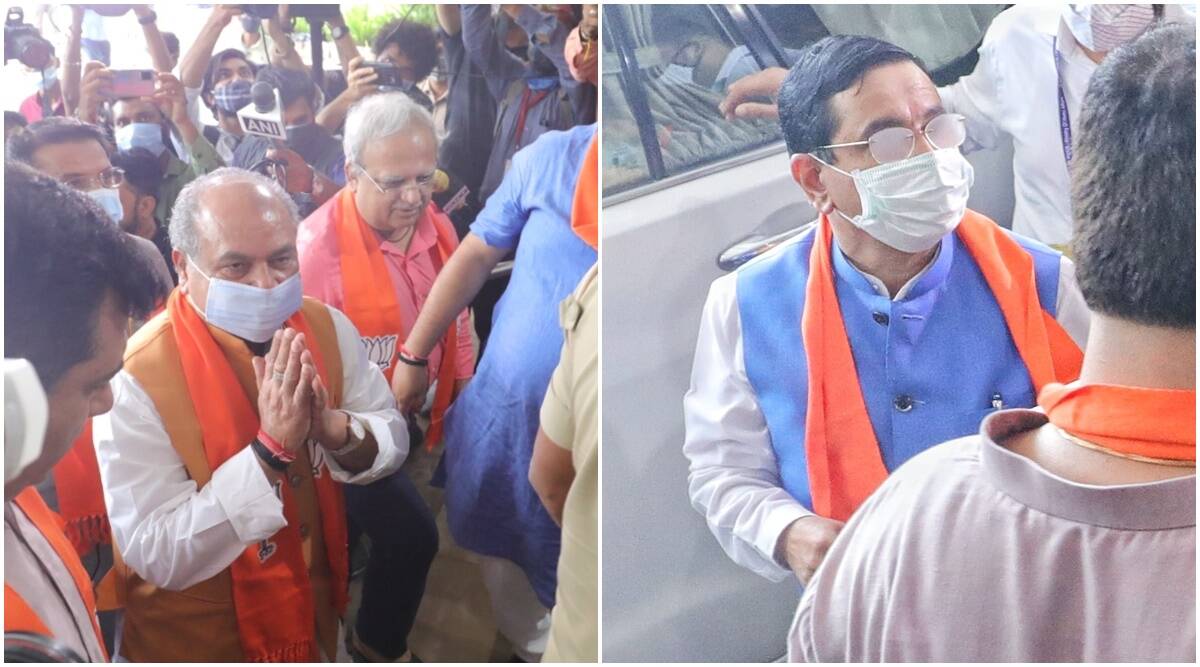 Gujarat Chief Minister Vijay Rupani's resignation on Saturday is being held in the upcoming assembly elections that are scheduled for next year. Presently, a meeting between the BJP legislature party has been called in Ahmedabad today at 3 pm. During this meeting, the new CM's name will be decided.

Union Minister Prahlad Joshi has also reached Ahmedabad as an observer for the coming party meeting.

At the same time, the names of Union Fisheries and Animal Husbandry Minister Purushottam Rupala and Gujarat BJP President CR Patil are also in consideration.

There are talks that Gujarat may get two deputy CMs, however, no names have come up.

Rupani after he resigned had stated that he would contest the 2022 Gujarat assembly polls under Narendra Modi's leadership, adding he would discharge whatever responsibility he was designated with.

Let us tell you that Rupani was sworn in as the Chief Minister of Gujarat for the second time on 26 December 2017.

BJP had won 99 seats out of 182, where Rupani was elected as the leader of the legislature party and Nitin Patel as the Deputy leader.

Vijay Rupani is currently the MLA from Rajkot (West) seat.

According to sources, Vijay Rupani's exit was fixed, however, the day wasn't decided. The date for Rupani's departure from the post was punched after the feedback received during a recent secret visit of the RSS chief. Although he was supposed to resign in January or February 2022, Mohan Bhagwat's secret visit had shortened the life of Rupani's CM position.

In a span of six months, around four chief ministers from different states have been replaced. Among the five BJP chief ministers who were replaced, Uttarakhand Chief Minister Tirath Singh Rawat's tenure was the shortest. He assumed office on 10 March and resigned on 2 July, it was not even three months. Tirath was the Lok Sabha MP from Garhwal.

It was said that elections were to be held in Uttarakhand after a year and the Election Commission had made up their mind to not hold by-elections in any assembly seat in Uttarakhand.