BJP chief JP Nadda said that his party leaders and workers are carrying out relief work amid the Covid-19 pandemic, the opposition parties have gone into quarantine. 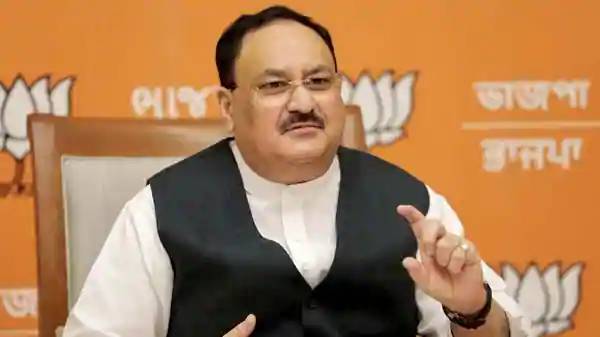 Nadda made these remarks during a virtual party meeting addressing BJP workers on the seventh anniversary of the Narendra Modi dispensation at the Centre.

During his address earlier on Sunday, Nadda said that the saffron party’s MPs, ministers and MLAs will serve people in at least two villages following Covid-19 protocols and lockdown guidelines to mark the BJP’s seventh anniversary in power, adding that party workers are serving the needy in 1 lakh villages and hamlets to mark the event.

Attacking the Opposition, Nadda said, "Now they are screaming for vaccines. Today those who were hesitant about vaccines are now crying foul over it."

"From 2 companies to now 13 companies have been permitted to produce Covid vaccines. Soon, 19 companies will do the same. Bharat Biotech will start manufacturing 10 crore vaccines per month by October," he said.

Calling the Opposition parties as "badhak [obstruction]" JP Nadda said that the Opposition has gone into home quarantine. “The Opposition is not seen anywhere. They are only seen on TV panels or Twitter,” he added.

Unlike the "Opposition leaders who are only visible in virtual press conferences", BJP and its workers stood with people during the pandemic, Nadda said.

BJP workers are observing the seventh anniversary of its government at the Centre, as “Sewa Diwas” and celebrating it by organising relief works across the country by helping the needy, he said. "We will observe the completion of seven years as 'Sewa Diwas'. Our workers will connect with one lakh villages.”

BJP workers will donate 50 lakh units of blood, informed Nadda, citing that his party workers have been distributing food kits and oxygen concentrators across the country.