Bookings open for Skoda Slavia after global debut in India

The deliveries for the new Skoda Slavia is said to begin from Q1 2022. 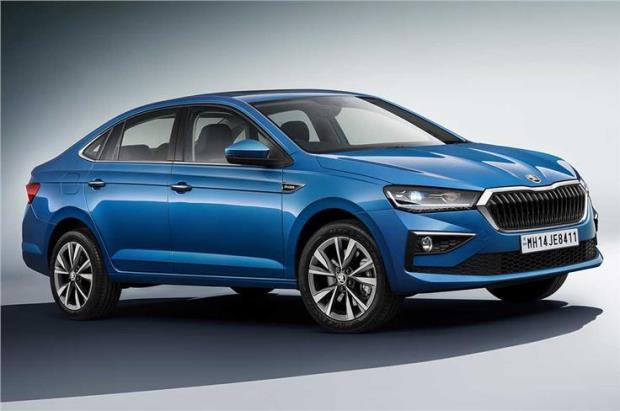 Czech automobile major Skoda has finally launched its all-new Skoda Slavia compact Sedan in India on Thursday. The car has been launched in five colour options and is available in three trims - Active, Style and Comfort.

Making a global debut in India, the new Slavia officially replaces the Rapid Sedan in the country compact sedan space which is produced on the company’s localised MQB-A0-IN platform.

Pre-bookings for the new car has begun today after the announcement.

The new version of Skoda Slavia is a part of the four new brands the company intends to launch with Volkswagen under the India 2.0 strategy. The new car is, in fact, it's the first sedan that is developed on the new platform and by introducing this new Slavia the carmaker is aiming to further expand its sedan legacy and association with India.

The deliveries for the new Skoda Slavia is said to begin from Q1 2022.

Other visual signs include the signature butterfly grille with vertical slats and thick chrome borders, edged by smooth LED headlamps with LED DRLs. The car also comes in sporty multi-spoke 16-inch alloy wheels that have a fierce-looking bumper having a broad mesh-pattern grille for the air dam. For its rear, Skoda has gone with its C-shaped signature LED tail lamps that have been divided into two parts. It additionally extends into the boot lid.

Taking a page out from the interior design of the recent Skoda cars, the Slavia’s cabin is well-laid-out. This comes in the form of distinctive air vents that are round, a contrasting colour decorative trim strip and an embossed wordmark on the pinnacle.