Canada Elections: Liberals and Conservatives could not secure a comfortable lead yet

Canada will go for snap polls on September 20. 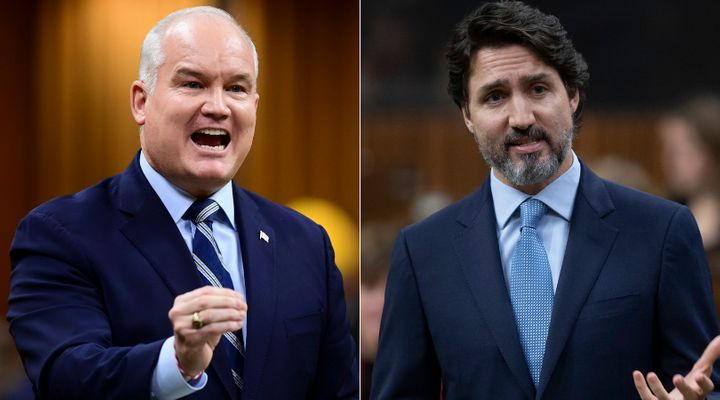 As Canada is nearing its Election Day, neither the Liberals nor the Conservatives could manage to secure a leading spot and the two parties remain tangled in a statistical tie, stated latest polling data from Nanos Research. According to the research released on Thursday, the frontrunners are struggling to gain large support.

The Liberals by far have received 31.9 per cent of support while the Conservatives had 30.3%. The survey's margin of error calculates that the two parties are technically hooked.

This is familiar to Canada because the Liberals and Conservatives had tied the election race for the first position and had been a primary trend for most of the poll campaigns.

Earlier, speaking on the poll trends, Nik Nanos, the founder and chief data scientist at Nanos Research, said the election destination looks like a “toss up", but there are enough days left in the campaign to see the turn of events.

“Who knows what will happen in the close of the campaign because there's still enough time for the federal party leader to make a mistake, and perhaps someone to break out from the pack,” Nanos had said on Wednesday.

Looking at other parties' performance, the NDP has got 21.1% support, followed by the People’s Party of Canada having the support of 6.7 per cent, the Bloc Quebecois with 6.4 per cent, and the Green Party with 3.2 per cent.

On whom the Canadians prefer as their next prime minister, the Nanos data shows a neck tight competition between Liberal Leader Justin Trudeau and Conservative Leader Erin O’Toole.

With the nightly tracking of votes, Trudeau gained 30% support whereas O'Toole stood at 27%.

Of Punjab origin, NDP’s Jagmeet Singh comes as the third most famous choice for the next prime minister by Canadians getting 20.8 per cent support followed by the PPC’s Maxime Bernier who has 6.6 per cent.

Bloc Quebecois Leader Yves-Francois Blanchet stands with 3.1 per cent and Green Party Leader Annamie Paul comes in the last spot with 2.2 per cent.

Amongst those surveyed, 10.3% of citizens were not sure about who they would want as their next prime minister.