Predominantly, Alberta voted Conservative and ostracized the Liberals completely in the 2019 election. 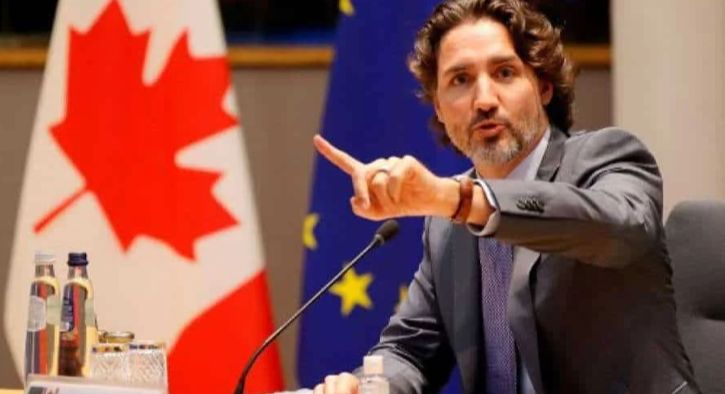 Canadian Prime Minister Justin Trudeau on Tuesday has associated the worsening Coronavirus situation in the western province of Alberta as his election opponent.

The health system in Alberta is striving to cope with the surging virus cases.

With just less than a week for the country to go for packed federal polls, Trudeau said Conservative leader Erin O'Toole thought Alberta's Covid prototype should be followed elsewhere.

Public health curbs against Covid were relaxed faster than any other neighbourhood by the Alberta premier Jason Kenney's administration and now Alberta in Canada leads in an explosion of Covid cases amid a fourth wave.

There are a record-breaking number of Covid infected patients in the intensive care units and elective surgeries are being terminated by hospitals.

"The approach in Alberta hasn't worked for Albertans," Trudeau told the media during a campaign in Richmond, British Columbia.

"And people think it would be a good idea to have Erin O'Toole sitting across from Jason Kenney when it comes to finishing this pandemic? That would be bad, not just for Albertans but everyone in the country," said Trudeau.

Kenny has often said he would not order for a mandatory vaccine passport that annoyed many who think the government is trying to flatter a small but vocal anti-vax movement in the province.

The government had on Tuesday announced that the Albertans can soon print a copy of their vaccination record and the unvaccinated Albertans were given a C$100 cash as an incentive to get jabbed with Covid shots.

Predominantly, Alberta voted Conservative and ostracized the Liberals completely in the 2019 election.

Some voters may go on to vote against the federal party on 20 September as a representation of resentment towards Kenny, said Duane Bratt, a political science professor at Calgary's Mount Royal University.

Also Read: Reforms in US Immigration Bill: Dreamers to get Green Card just by paying 1500 Dollars

Meanwhile, Canada has reported 3,955 new Covid-19 cases, bringing the cumulative total to 1,555,121 with 27,262 deaths, according to local media. Alberta, a province with a population of 4.4 million, reported 1,434 new cases and nine fatalities on Tuesday. The province now has 18,265 active cases and 822 hospitalisations, including 212 ICU admissions.

Alberta’s chief health officers of several provinces have said that more than 90% of the ICU beds are occupied by either unvaccinated or partially vaccinated.

The Public Health Agency of Canada recently called for increasing vaccination coverage and implementing other measures to curb the surging cases caused by the Delta variant.