Canadian elections 2021: Here are 47 Punjab-origin candidates in fray for snap poll on September 20

The Liberal Party has nominated the highest number of Punjabi candidates (17), followed by the Conservative Party (13), New Democratic Party (10), People's Party of Canada (5), Green (1) and one independent candidate. 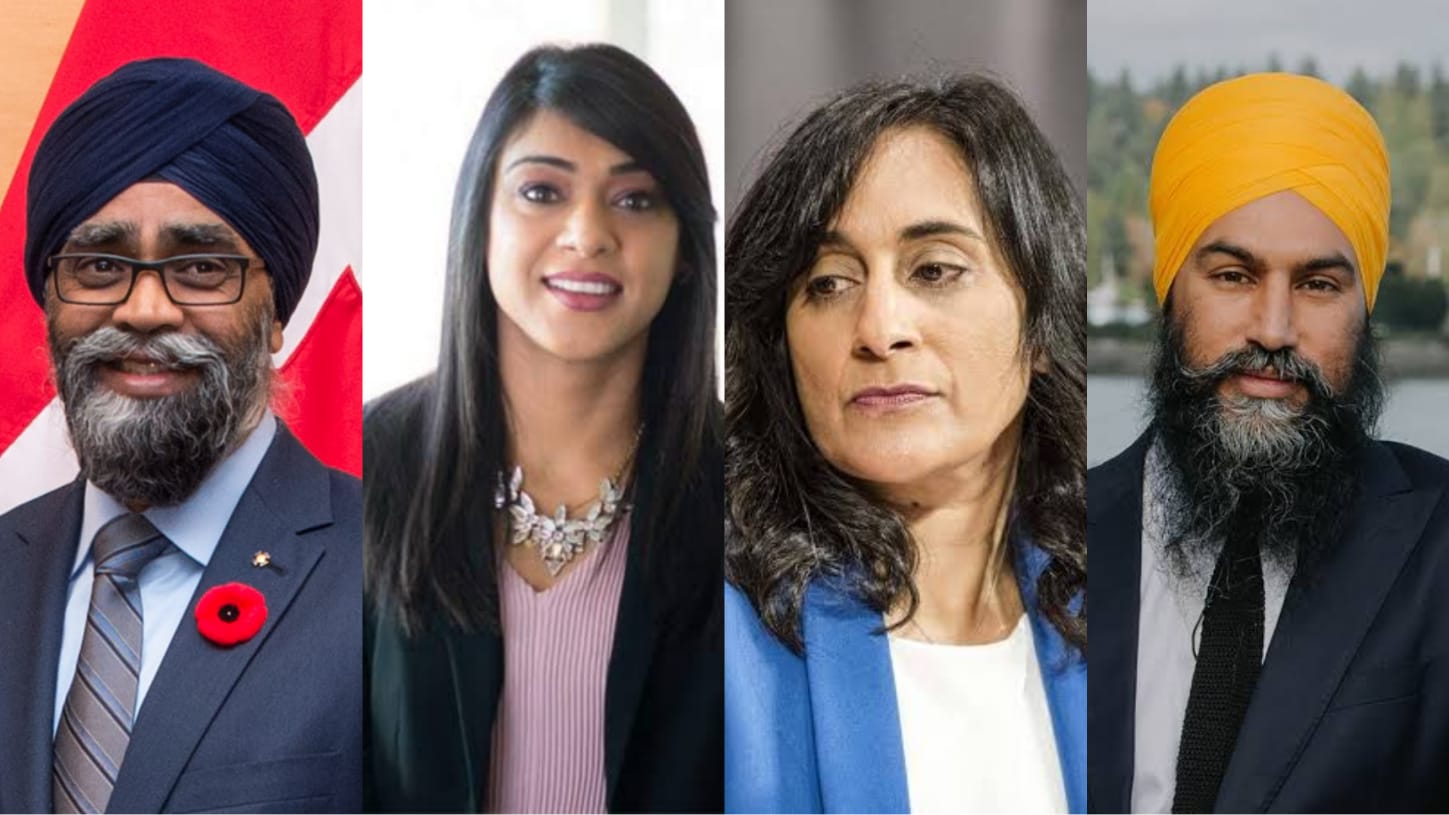 There will be several Punjabi and Sikh candidates whose fates will be decided when Canada votes on September 20 to establish a new federal government.
As many as 47 Punjabis are trying their luck in the upcoming general federal elections in Canada. Several NRI candidates are contesting elections from various constituencies and some are even going up against each other in a few points.
The figure, which has been constant since 2019 emphasises the importance of NRIs, mainly Punjabis, in the Canadian population, despite the fact that they make up only 4% of the nation.
The Liberal Party has nominated the highest number of Punjabi candidates (17), followed by the Conservative Party (13), New Democratic Party (10), People's Party of Canada (5), Green (1) and one independent candidate.
Defence Minister Harjit Sajjan from Vancouver South, minister Anita Anand from Oakville in Ontario, minister Bardish Chaggar from Waterloo and Jagmeet Singh, leader of the New Democratic Party (NDP) who backed Justice Trudeau's minority government are among the prominent Punjabi NRI hopefuls in the election.
Punjab-origin Liberal candidates
Ruby Sahota (Brampton North), Sonia Sidhu (Brampton South), Kamal Khera (Brampton West), Anju Dhillon (Dorval-Lachine-LaSalle), Randeep S Sarai (Surrey Centre), Maninder Sidhu (Brampton East), and Sukh Dhaliwal (Surrey-Newton) are among the Liberal candidates seeking re-election.
Lakhwinder Jhaj, Parm Bains, and Sabrina Grover are the other candidates nominated by Liberals.
Raj Saini was nominated from the Kitchener Centre but he withdrew his candidacy after being accused of inappropriate behaviour toward staffers.

Punjabi New Democratic Party (NDP) candidates
Tejinder Singh from Brampton South, Gurprit Gill from Brampton West, Avneet Johal of Surrey-Newton and Gurinder Singh Gill of Calgary Skyview are all running for the NDP.
Conservative Party candidates
Tim Uppal, Jag Sahota, and Jasraj Singh, all serving MPs are among the Conservative contenders.
Others
Indira Bains, Priti Lamba, Naval Bajaj, Medha Joshi, Ramandeep Brar, Jagdeep Singh, Tina Bains, and Sukhbir Singh Gill are among the other candidates.
Parveen Hundal, an Independent, is contesting from Surrey-Newton, and Devyani Singh, a Green Party candidate, is running for Vancouver Quadra.
Navdeep Bains (Mississauga-Malton), who served in the Trudeau cabinet as a minister, has allegedly retired from politics and will not run for re-election. Liberal MP Gagan Sikand (Mississauga-Streetsville) and Independent Ramesh Sangha (Brampton Centre) have also decided not to run for re-election this time.
Accounting for only 1% of the Canadian population, the Sikh community has grown to wield greater authority than most of its immigrant counterparts. The credit belongs to a strong grassroots politics culture, organisational skills, and fundraising ability, as well as a unique element of Canada's electoral system that requires each candidate to obtain a certain number of signatures and party members to be nominated.
With dense Indo-Canadian communities in cities like Toronto, Vancouver, Ottawa, Hamilton, and Montreal and many of them backing opposing candidates of the same Indian ethnicity, September 20 is set to be an eventful day for the Indian community in Canada.