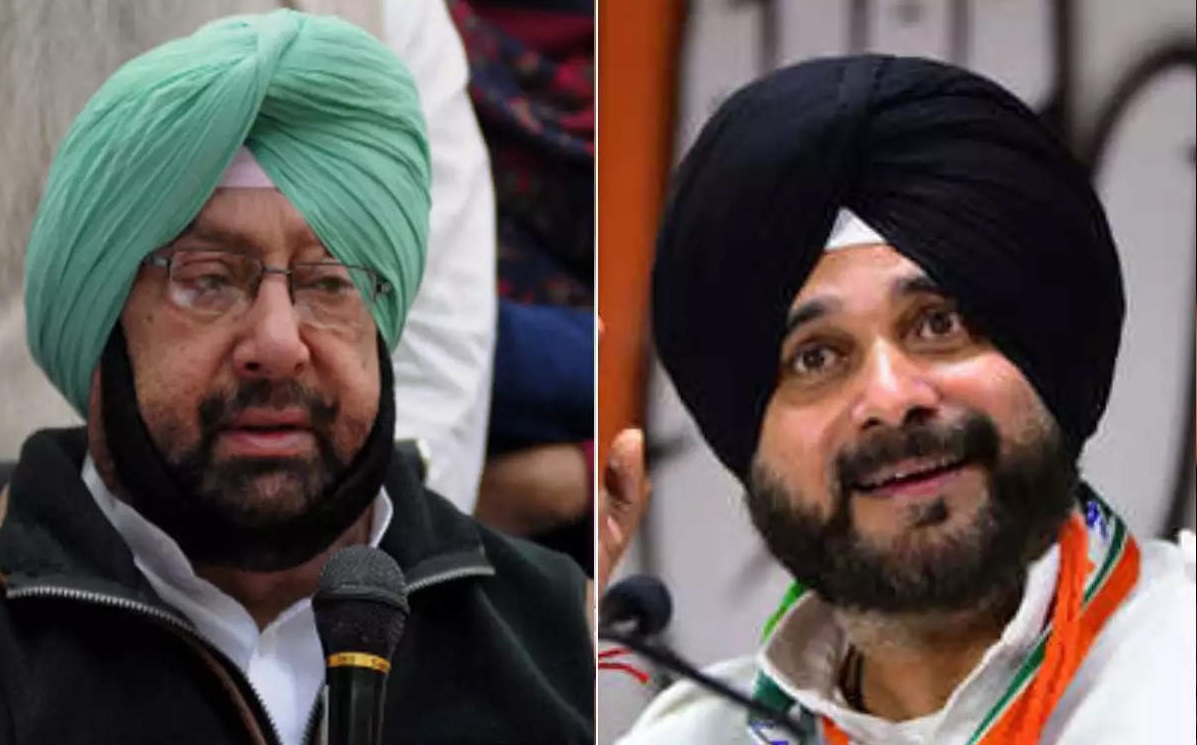 Chandigarh: Despite the formal announcement of Navjot Sidhu name for the President of Punjab Congress last night, the feud between Sidhu and Captain seems to be far from over.

On Monday, amidst Sidhu's meeting with Congress MLAs, ministers and leaders, suddenly Chief Minister Captain Amarinder Singh reached his official residence in Chandigarh from Siswan Farm House. After this, the captain has started meeting with his close MLAs and ministers. According to the information so far several Ministers and MLAs have meeting with Captain, these including Ministers Balbir Sidhu, Sadhu Singh Dharamsot, Assembly Speaker Rana KP, MLA Rajkumar Verka, Sushil Rinku, Navtej Cheema, Harminder Gill, Madan Lal Jalalpur. So far, the suspense remains on the meeting between Captain and Sidhu. Sidhu has also been meeting party senior leaders since morning.

On Sidhu’s elevation as State Congress President, Rajasthan Chief Minister Ashok Gehlot and Chhattisgarh Chief Minister Bhupesh Baghel have congratulated Sidhu on tweeter. Gehlot expressed hope that Sidhu will continue the Congress' tradition of giving everyone a chance to speak and respect their words. This assumes significance as Captain Amarinder Singh has not yet congratulated Sidhu on being elected as the Congress President in Punjab through Twitter or any other medium.

Meanwhile, Captain's media advisor Raveen Thukral refused to have invited MPs and MLAs to a Panchkula hotel for lunch on Wednesday as appeared on some sections of media. This came after Sidhu camp announced to visit Sri Harmandir Sahib at Amritsar to pay his respects, along with his supporter MLAs and Ministers on Wednesday.