Terrifying visuals of the flood submerging everything underwater have gone viral. 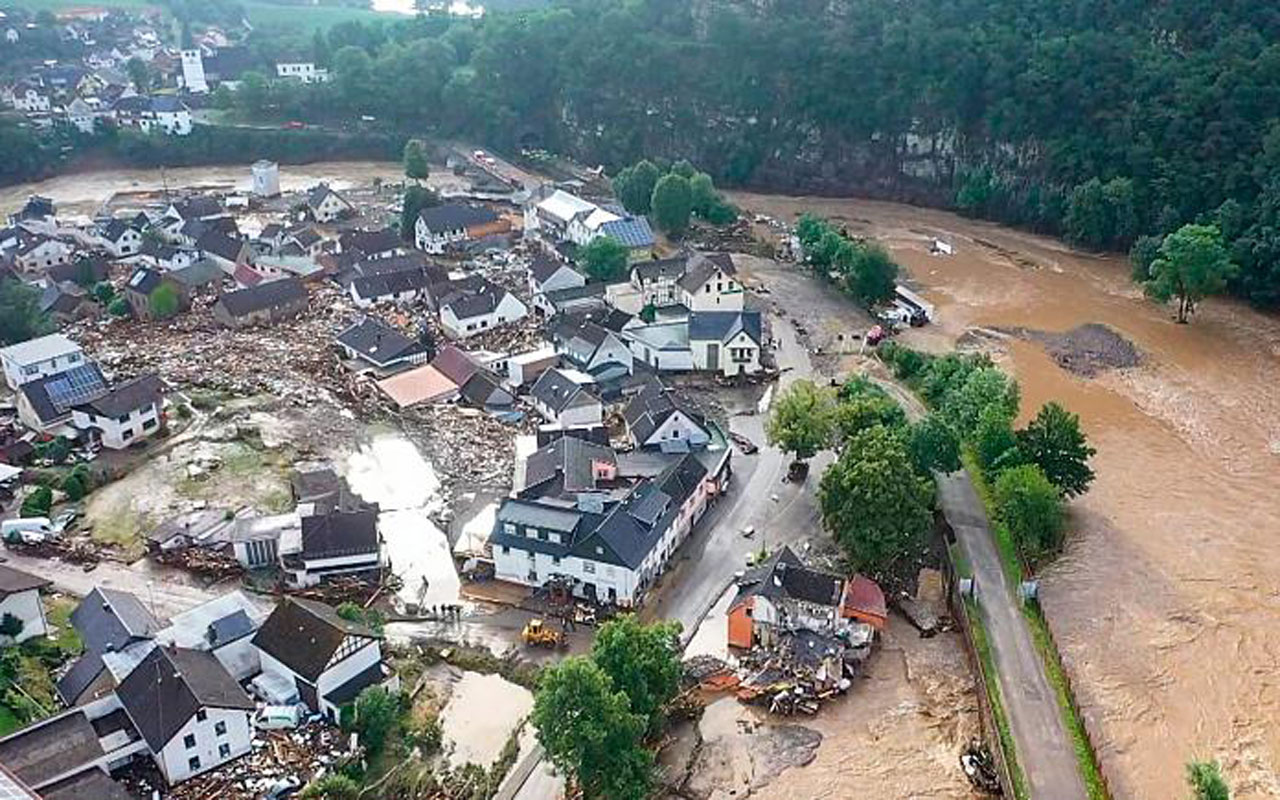 Floods have turned Europe into raging torrents killing at least 128 people in Germany and Belgium. The catastrophic floods have left thousands of people homeless and over 100 are still reported missing.

Following the massive devastation, the German newspaper Bild dubbed the torrent as ‘flood of death’. Heavy rain turned taking the face of torrent swept away cars, caused houses to collapse with families stuck inside.

In a news conference, German President Frank- Walter Steinmeier said, “Whole places are scarred by the disaster.” “Many people have lost what they have built all their lives,” he added.

Terrifying visuals of the flood submerging everything underwater have gone viral. These visuals show scenes of total and sudden devastation the Europe- train stranded at a swamped station, vehicles abandoned on waterlogged roadways, survivors floating down a city street on rubber boats.

On Friday, July 16, Belgian Prime Minister Alexander De Croo said, “We're still waiting for a final tally, but it's possible that this flood is the worst our country has ever seen.”

According to World Meteorological Organization spokesperson Clare Nullis. “In some regions of Western Europe, about two months of rainfall was reported in just two days. The soils were already saturated from earlier rainfall, which escalated the problem.”

Residents are stunned to see the complete devastation of the place they once called home.

"Caravans, cars were washed away, trees were uprooted, buildings were knocked down," Hans-Dieter Vrancken, 65, of neighbouring Schuld, said. "We've lived in Schuld for more than 20 years and have never seen anything like this. It's like being in a war zone "he stated.

‘The death toll is expected to climb as rescue teams continue to search the stricken regions’, said Roger Lewentz, interior minister for Rheinland-Palatinate. “While we're emptying cellars or pumping out cellars, we keep coming across people who have lost their lives in these floods,” he added.

Over 60 people have died in Rhineland-Palatinate, including 12 residents of an assisted living facility for people with disabilities in the town of Sinzig.

Liege, Belgium, was also severely impacted, with several people drowning. Belgium has put the death toll at 20 but has cautioned that it might rise. Rivers in Luxembourg, the Netherlands, and Switzerland have also swollen due to severe rainfall.

In Euskirchen, one of the worst-affected towns, at least 24 people have been confirmed dead.

"I fear we will only witness the full extent of the disaster in the coming days," German Chancellor Angela Merkel said late Thursday after a meeting with President Joe Biden in Washington.