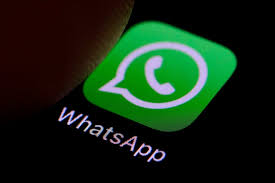 The country's cyber agency has cautioned the Whatsapp users that the application has been detected with some issues which may lead to the breach of sensitive information.

"Multiple vulnerabilities have been detected in the application which may lead to the cyber attack and could breach the sensitive information of the target audience", CERT-In claimed in the issued advisory.

How to counter these vulnerabilities?

The advisory issued that the users of the instant messaging application should update their application from Google Play Store or iOS App Store to counter the vulnerability threats.

CERT-In is a national technology arm to fight against cyberattacks and to guard Indian cyberspace.

Get the latest update about Economy, check out more about guard Indian cyberspace, True Scoop News, problem has been detected in the software & Announcements