Balwinder Singh Kotlabama who is appointed as chairman of Punjab Genco Limited is the brother of Khalistani terrorist Avtar Singh Pannu. 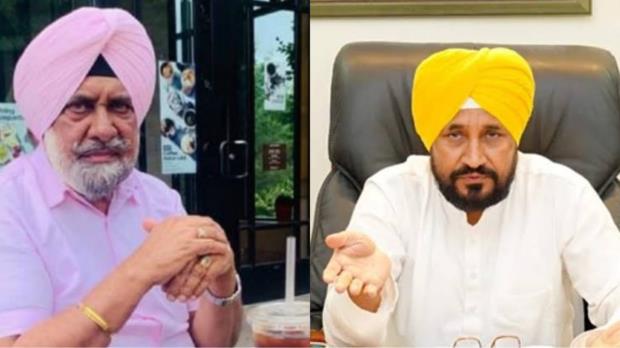 Few months ahead of the Punjab assembly elections, the Channi government is once again caught between a huge controversy after appointing Balwinder Singh Kotlabama as chairman of Punjab Genco Limited. Balwinder Kotlabama is the brother of Khalistani terrorist Avtar Singh Pannu, who is an office bearer of Sikhs for Justice (SFJ).

Punjab Genco Ltd is a part of the Punjab government's Department of New and Renewable Sources of Energy.

Balwinder's appointment has sparked widespread outrage, with the BJP and SAD both accusing the government of open terror appeasement.

Holding CM Channi accountable for this development, Shiromani Akali Dali head Sukhbir Singh Badal said, "Sikhs for Justice office bearer's brother has been appointed as chairman by the government. CM Channi should answer people on this."

Meanwhile, several Congress MLAs and MPs are also opposing the Channi governments decision to appoint Balwinder as the chairman of Punjab Genco Limited.

Congress MLA, Fatehjung Bajwa was the first to speak out against the appointment saying, Balwinder who is a loyalist of Minister Tript Bajwa is the brother of SFJ's office-bearer. “NIA is investigating against Avtar Pannu and his organisation in Canada,” he added.

Congress leader Ashwini Sekhari, on the other hand, demanded an investigation by the National Investigation Agency (NIA).

"Minister Tript Rajinder Bajwa has been accused of serious wrongdoing. The Indian government has declared SFJ a terrorist organisation. If the minister has any ties with him, he should resign and investigation should be initiated," he added.

Balwinder Pannu, on the other hand, has stated that he has nothing to do with his brother.

“In 1981, Avtar Pannu left for America and came to India in 2007. After that, he never returned to India, and I no longer have any contact with him.”

“I am a devoted member of Congress. Minister Tript Rajinder Bajwa has no ties to SFJ, and anyone with questions can contact me,” said Balwinder Pannu.

Sikhs for Justice (SFJ), a secessionist organisation that supports the creation of Khalistan, has Avtar Singh as its coordinator. His pro-Khalistan activities have put him on the radar of Indian intelligence agencies. The US-based pro-Khalistan organisation was long ago declared an 'Unlawful Association' under the UAPA.

The Punjab Pradesh Congress Committee president, Navjot Singh Sidhu, on November 20 had visited Karatarpur Darbar Sahib in Pakistan after which he called Imran Khan his 'elder brother' who has showered him with all his love after which he received criticism from BJP leaders.