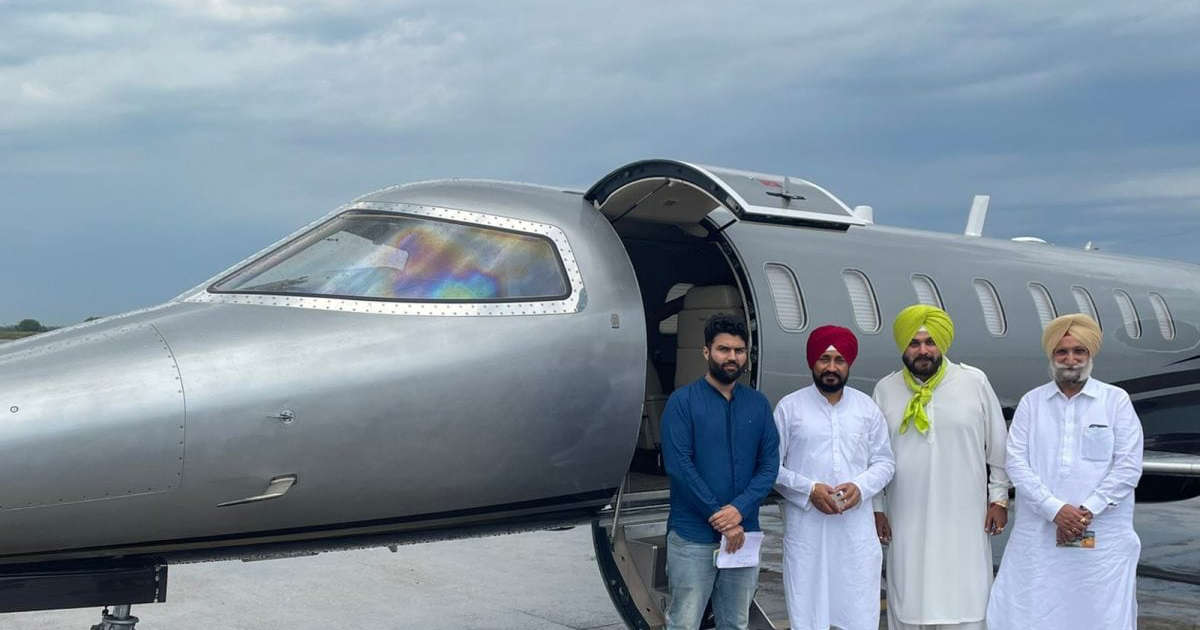 A day after assuming the charge as Punjab’s Chief Minister Charanjit Singh Channi, who said his government was a representative of the poor as he himself pulled a rickshaw in his early life, on Tuesday opted for a special chartered jet to reach Delhi from Chandigarh to meet party leaders.

Opposition Shiromani Akali Dal (SAD) got a chance to slam the new chief minister and questioned the need to hire chartered aircraft.

Sharing a photo, Sidhu on his Twitter handle, wrote, "In line of duty!!" All the leaders can be seen standing in front of a chartered jet.

Just minutes later, SAD tweeted taking a gibe at the CM’s “aam aadmi” statement that he delivered on Monday after taking the oath.

"After saying that they stand with the common man, INC leaders take private jets to travel just 250 km from Chandigarh to Delhi. Are there no normal flights or cars that can be used? Or is this chest-thumping aimed at propagation of Gandhi family's Delhi Darbar culture?" SAD said in a tweet.

AAP leader and Leader of Opposition in the Punjab Assembly Harpal Singh Cheema too hit at Channi and said he is utilising private jets just “like Badals and Captain” after claiming himself to be the same as the common man.

While launching an attack on Congress over cabinet development, AAP MLA Kultar Singh Sandhwan said, “Many Congress MLAs have severe corruption charges on them and if they are chosen for Cabinet then it will reveal the false intentions of Channi. Changing the ‘Alibaba’ will not solve the matter, his ’40 Chors’ also need to be changed.”

Chief Minister Channi, the first Dalit who is at the helm, on Monday said his government is of 'aam aadmi' (the common man), honest, free from sand mafias and a representative of the poor, amongst other promises. The appointment of two other deputy CMs picks are from Jat Sikh and Hindu communities, showing prudent choices ahead of the assembly elections in the state.