'Chehre' termed "bad" even with the best cast ensemble

The movie Chehre has been made with the ultimate goal of sending out the message of how flawed our judicial system is but despite a good cast, the storyline has only managed to disappoint the viewers. 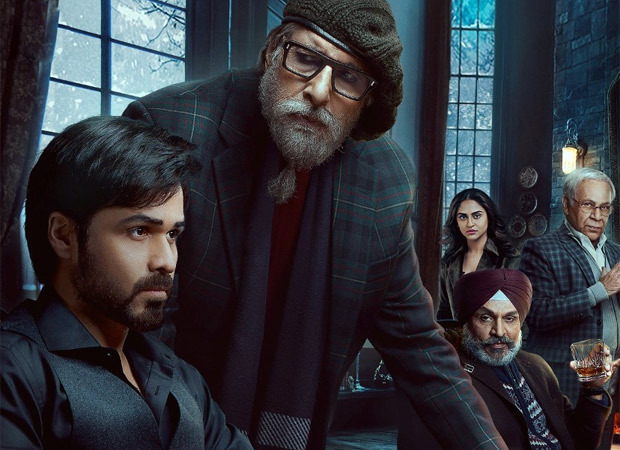 The movie starts with Emraan Hashmi playing the character of Sameer Mehra driving a BMW off to some 200 km away from the nation’s capital. The movie is directed by Rumi Jafry.

The cast of the movie has been wisely selected but the storyline has successfully managed to put that one factor into the ground. The movie starts off with an unrealistic note of a snow-covered mountain being located near the capital.

The movie goes about portraying a bunch of old men who sit around and talk about law and order and justice. While Emraan’s character tries to entertain the rest of the people in the room he goes about using his humour and lays some loopholes for himself.

He states that he had never committed a crime in his life, slowly unwinding his own actions and gets trapped in his own words. Surrounded by a bunch of people who dealt with cases of lawbreaking and criminals every day, Sameer finds himself in trouble.

One of the old men Lateef the prosecutor accuses him of crimes that he could have committed based on simple guesswork. The rest of the story revolves around whether or not Sameer had committed the crimes which he was accused of ( not giving spoilers).

Some attention is given to Sameer and the attention he had been paying to the housemaid Anna played by Rhea Chakraborty. Although the movie is termed disappointing, Bachchan never fails to impress us.

Bachchan successfully stole a lot of screen time and managed to keep some parts of the movie interesting with his measured pauses and natural skills. The rest of the cast never even got a chance to hold the attention of the viewers as good as him but yet managed to get their share of the screen time.

Even though there had been a lot of expectations from the movie it sure did not live up to it and ended up getting one and a half stars from critics and viewers. Although if you are a Bachchan fan do not miss it!