This missile test by China was kept a secret from the world. 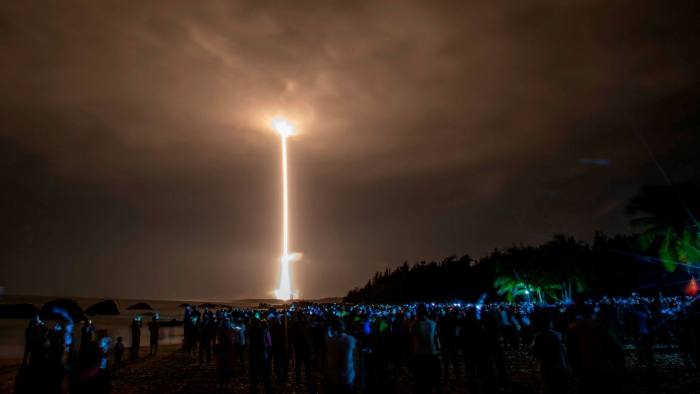 China’s testing of a new space capability with a hypersonic missile has left US intelligence officials surprised, reports said.

It is being said that China performed this test in August last month. China had first sent a missile capable of carrying a nuclear warhead into low-space orbit. The missile first circled the earth and then ran on its target like time at hypersonic speed. No country by far has launched missiles from space like China.

This missile test by China was kept a secret from the world.

Sources familiar with the test said that the missile was not successful initially and had missed the target by over 20 miles (32 kilometres).

Citing a source, the reports said China had made "astounding progress on hypersonic weapons and was far more advanced than US officials realised.”

US Department of Defense press secretary John Kirby said that the US views China as the No. 1 "pacing challenge".

"We have made clear our concerns about the military capabilities China continues to pursue, capabilities that only increase tensions in the region and beyond," added Kirby.

Kirby further refused to comment anything on the report.

Apart from China, the United States and Russia, there are five more nations that are working towards developing hypersonic weapons.

Russia is currently leading the world in terms of hypersonic missiles.

Hypersonic missiles can carry nuclear warheads just like other missiles and fly 5 times more than the speed of sound. Common missiles follow ballistic trajectories, meaning that their path can be easily tracked.

However, China spokesman Liu Pengyu said that the country has no plans for any global military operations.

Liu said, "We are not at all interested in having an arms race with other countries. In contrast, the US has in recent years been fabricating excuses like 'the China threat' to justify its arms expansion and development of hypersonic weapons. This has directly intensified the arms race in this category and severely undermined global strategic stability.”

The Hypersonic missiles are impenetrable, giving a chance to the enemy to prepare and counter-attack, while the hypersonic weapon system does not run on a fixed path. Because of this, the path of the missile is never known. The speed is so fast that the target will not even know of its coming. That is, the air defence system will fill the water in front of it.

America has recently installed a missile defence system by spending billions of dollars in its state of Alaska, but after the arrival of Chinese space missiles, these air defence systems now will remain useless.

Except for Russia's state-of-the-art S-500 air defence system, no country can intercept hypersonic missiles. America too is working on similar technology which the former President of the United States, Donald Trump had announced saying that America was still making trustworthy military equipment. Naming it a super-duper missile,

Trump also said that it is 17 times faster than the missiles we currently have.

Hypersonic missiles have special features like it can also drop conventional bombs on their target with excellent speed and accuracy than other missiles. These missiles are also capable of dropping nuclear warheads, which would put the world at risk of starting a nuclear war posing a threat to the world.