A surrogacy controversy cost her role as a Prada brand ambassador. It appears that the celebrity is once again facing the music. 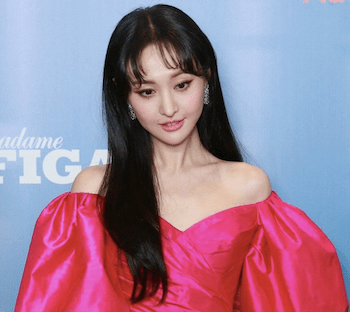 Zheng Shuang became a Chinese superstar when she starred in the romance comedy Meteor Shower in 2009, Despite the fact that 2021 has been a very difficult year for her.
She was fired as a Prada brand ambassador in January after a surrogacy scandal. Now, it appears that the actress may have to face the music once more, as she has been forced to pay a $46.1 million fine for suspected tax fraud.
Also Read: Letitia Wright hospitalized after accident on set of 'Black Panther' sequel
According to the Global Times, the Shanghai Municipal Tax Service imposed the penalties after discovering her unpaid taxes totaling 222 million yuan ($33 million). Shuang has been questioned by the tax authorities since April, according to reports. The issue began when her ex-husband, producer Zhang Heng, posted a screenshot of their phone conversation on the Chinese social media platform Weibo.
The actress received large sums of money for her involvement in A Chinese Ghost Story, according to the discussions between the former couple. She was allegedly paid $320,000 every 77 days of filming, totaling $24.6 million.
Also Read: 'Sexual Exploitation’: Naked baby on Nirvana’s ‘Nevermind’ album is suing now. Know Why?
Zheng Shuang had signed false contracts and delivered illegal documents to the Shanghai Municipal Tax Service, according to records.
Aside from the hefty penalties, Shuang's public image suffered a slew of consequences as a result of the controversy. Following the statement, the National Radio and Television Administration prohibited the broadcast of A Chinese Ghost Story throughout the country. Shuang is also no longer allowed to appear on any Chinese television shows. According to the Global Times, a number of shows in which the actress has appeared have already been taken down, and the show Zheng Shuang was presently filming has been cancelled.
Her tax evasion follows the another scandal in January  in which she was accused of abandoning her surrogate children in the United States. She hired two women to give birth to her children. Surrogacy is prohibited in China, which would not be a problem in most other countries. Zhang broke the scoop on Weibo, much like he did with the tax evasion incident. Similarly, the tale of the actress abandoning her dog to fend for itself after refusing to pay a $300 medical cost hit the news.

Shuang's year is looking grim, with all of her broadcast appearances erased from Chinese media and an eight-figure tax charge hovering over her head.