Chris Gayle became the first batsman to achieve 14000 runs in T20 cricket, earning him the tag "Sachin Tendulkar of T20s" on Twitter. Here's how Twitter responded to Gayle's victory over the West Indies. 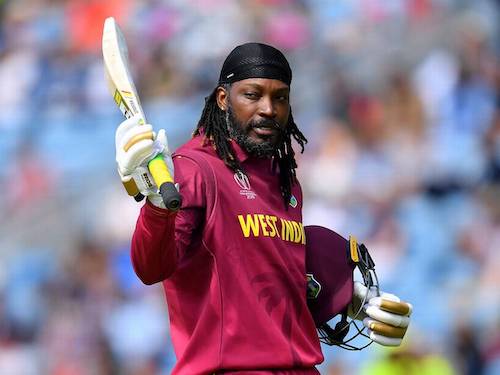 Chris Gayle took over Twitter on Tuesday. The West Indies batsman became the first cricketer to achieve 14000 runs in T20 cricket, earning him the label "Sachin Tendulkar of T20s" on Twitter. Gayle reached the milestone with a match-winning half-century in the third T20I against Australia, which helped West Indies beat Australia by six wickets and win the five-match series.

When he reached fifty off 33 balls against Australia, the left-hander, who was already the top run-scorer in the shortest format, surpassed the milestone of 14000 runs.

Gayle's brilliant batting performance at No. 3 helped West Indies knock down the 142-run goal in 14.5 overs and grab a dominating 3-0 series lead.Here's how Twitter responded to Gayle becoming the first cricketer to reach the 14000-run mark in T20 cricket. 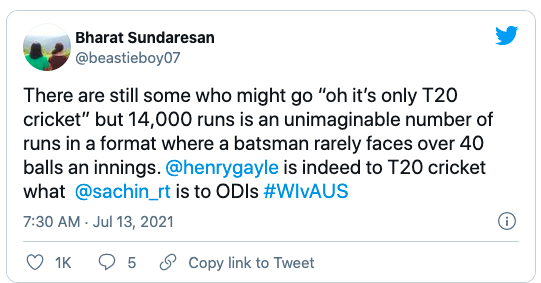 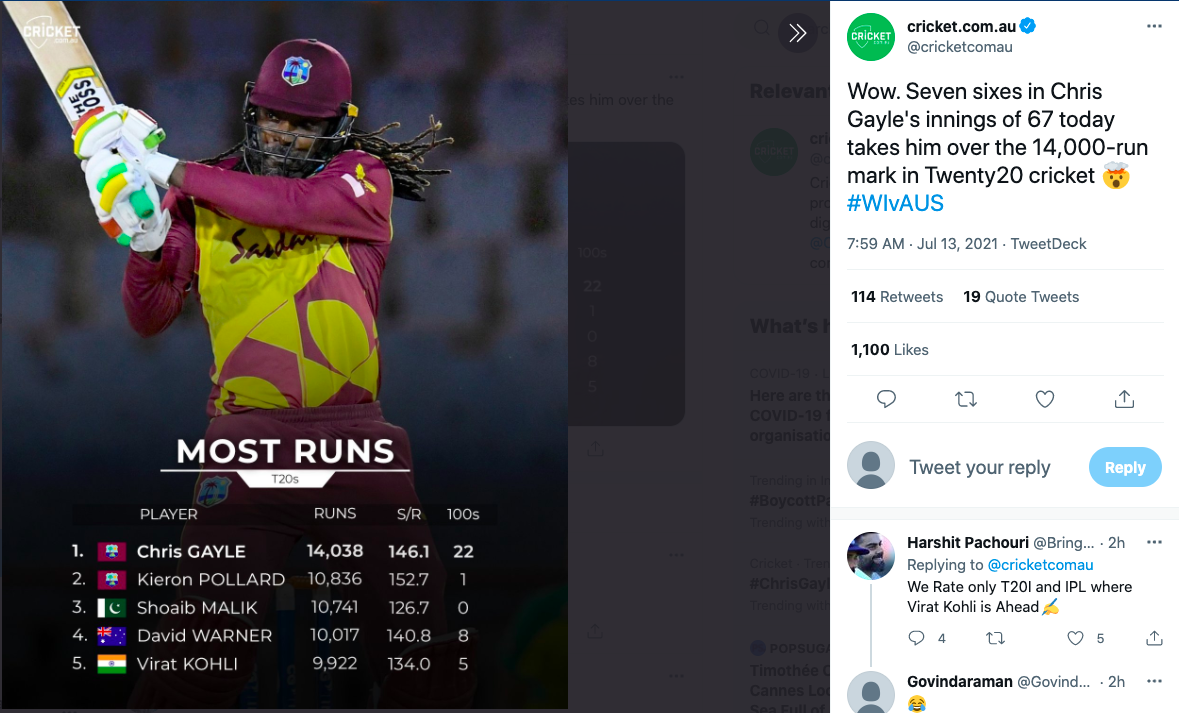 "It's a great journey. I'm so happy and so pleased to get a series win. I just want to commend stand-in captain Pooran for winning a fantastic series against a great team," Gayle said. 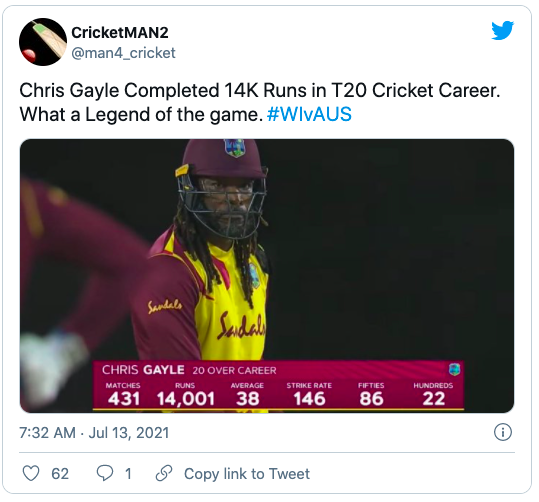 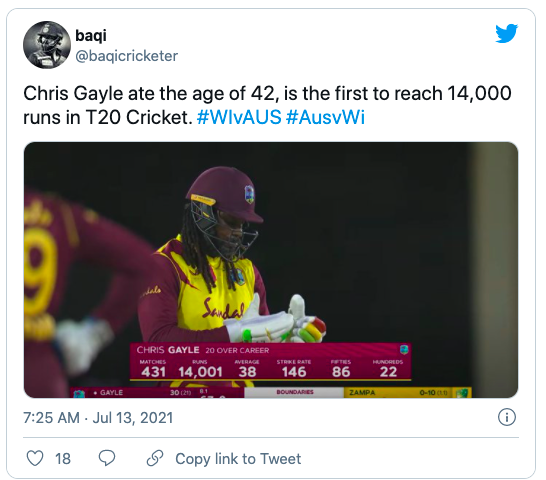 "You all knew I was struggling with the bat and to be able to get some runs was pleasing." Also Read: ‘Kohli hasn’t won even IPL yet’: Suresh Raina defends Virat on India's ICC trophy drought


After winning the toss and electing to bat first, Australia made a strong start before opener Matthew Wade (23) and Mitchell Marsh (nine) were bowled by Obed McCoy and Fabian Allen, respectively, as the visitors reached 72-2 in 10 overs.

In the 12th over, leg-spinner Hayden Walsh dismissed Alex Carey (13) and skipper Aaron Finch (30), leaving Australia at 80-4, but Henriques and Turner staged a recovery.

Before Henriques was caught at deep mid-wicket by Allen off Dwayne Bravo in the final over and Turner was run out, the pair put up 59 runs for the fifth wicket.