Commonwealth Games, Birmingham 2022: History, events, and other details you must know

From around the world, over 5000 athletes will be vying for medals in 280 events in over 20 sports. 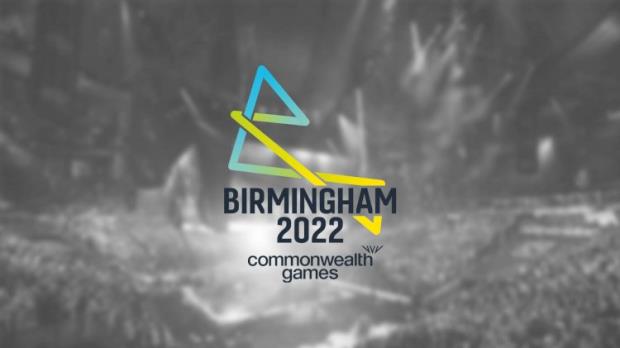 The wait for one of the finest sporting event is over, Commonwealth Games, 2022 kicks start a few hours from now in Birmingham. From around the world, over 5000 athletes will be vying for medals in 280 events in over 20 sports. From India 215 athletes will be participating in 15 sports. The second most reputable event in the sporting world after the Olympics will last for over 12 days.
Indian Ace shuttler Sindhu to be the flag bearer at the ceremony:
Two-time Olympics winner P.V Sindhu will lead the Indian Contingent as the flag bearer in the opening ceremony today. Indian hockey captain Manpreet Singh will be second in command to Sindhu as the flag bearer, replacing Olympic champion Neeraj Chopra, who is ruled out of the games following an injury after his historic performance at the World Athletics championship.
Why is Birmingham Commonwealth Games so special?
Birmingham 2022 Commonwealth games is too special since, for the first time ever in the history of any multi-disciplinary sporting game, events featuring women are more in number than men. In Birmingham, starting today there will be 136 different sporting events for women than 134 for men and 10 mixed events, in different sports. It will be for the first time since the commonwealth games of 1998 in Kuala Lumpur that women’s cricket will also be featured in the games in the T20 format. It is to be noted that all 61 participating nations have won medals in the events featured in the games.
No event for Shooting in this edition:
India faces a huge blow after Shooting and Archery is excluded from the games in Birmingham. Indian athletes were among the top contender to seal the medal for the country, owing to the fine performance they had put on display in recent times. India had won a total of 66 medals in the last edition of Commonwealth in Gold coast, Australia, in which 16 medals were cornered by the Indian shooters, including 7 gold.
What is up for India in other events?
In the 72 years of history of the games, India has managed to win a meager 28 medals collectively, but this time Indian Athletes are high on their aspirations and charged up to finish big in the games. However, the last-minute withdrawal of Olympic champion Neeraj Chopra has taken a medal away from India.
Wrestlers will carry forward their momentum:
The aspirations of medals from the wrestlers are too high. The medal is expected from all the 12 participating wrestlers. All eyes will be on the defending champions Vinesh Phogat and Bajrang Punia for the gold. In the last edition of the commonwealth games at the gold coast wrestlers bagged a total of 12 medals including 5 gold.
Weightlifters will carry the hopes of medals:
Among other high-class performing events in the commonwealth of India, weightlifting is another sport, Indian weightlifters in the last edition sealed the show with a total of 9 medals in their kitty with 5 gold. This contingent will be led by Olympics silver medallist Mira Bai Chanu. India expects the participating weightlifters to increase their medal tally in this edition of the game.
Badminton:
Under the leadership of the most iconic Indian face in Badminton P.V Sindhu, shuttlers will have a huge responsibility to bring laurels to the country by bagging as many medals as possible. The contingent involves other star players including K. Srikanth and Lakshya Sen.
Hockey to set the legacy back:
In over decades India has put forward their legacy through their historic show in Hockey last year at the Olympics. In this year’s Birmingham games hopes are up high from the Hockey side both men and women to bring medals home. Indian men’s side will be looking forward to getting over the Australian dominance in the game by their best show.
Table Tennis:
India TT stars has impressed in the last edition’s commonwealth games by securing 8 medals to their name and finished at the top, out of which four medals were alone in the credit of Manika Batra. India’s hope will be upon her to repeat something of that short. India’s veteran Sharath Kamal Achanta will be vying for the top spot in his fifth and last edition of the commonwealth games.
High hopes from the Boxing side:
Last year Boxers clinched 9 medals all in total which they will seek to repeat again. Amit Panghal will surely be looking forward to the top prize by keeping aside his low-profile performance in the Tokyo Olympics. India is looking forward to a medal from the newly crowned world champion Nikhat Zareen.
Non-Olympic Games:
Among the non-Olympic games, India is looking forward to the first medal in the singles category, whereas in the mixed, and women’s divisions two gold are expected from the star players.
Indian women’s cricket team has impressed on various occasions all around the world, keeping their aspirations high the women’s side will look to seal the prestigious deal for the nation when cricket returns to the commonwealth games after 24 years.
India’s performance in the 2018 commonwealth:
In the 2018 Gold Coast commonwealth games, India bagged a total of 66 medals including 26 gold, 20 silver, and 20 bronze. India is taking part in 16 different disciplines in this edition of the games.
When it comes to the best performance from India, it happened in the home country itself when the games were organized in the capital city in 2010. India bagged a whopping 101 medals, including 38 gold. India finished 2nd in medal tally in that edition.
Apart from Shooting and Archery, sports like Basketball, Bowling, fencing, Artistic Swimming, boating, and water polo will also be not featured in this edition of the games.
Australia has dominated the medal tally in the history of sports since its inception. Since 1930, Australia has accumulated a massive 2,419 medals and is aiming for another 200 in this edition. On the other hand, the home side of Britain will look forward to gaining the benefit of the home conditions and will give a tough fight to the Australians.